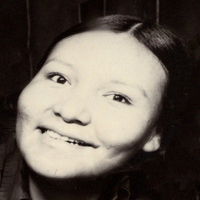 Funeral services will be held at 11:30 AM, Monday, September 26, at AJ Agard Multi Cultural Center, 1354 Buffalo Ave, Fort Yates.
Visitation will begin one hour before the service starts

Laura Jean “Gina” Vaulters was born at her parent’s home in Fort Yates, ND. She was raised and educated in Ft. Yates and a proud member of the Standing Rock Sioux Tribe who graduated from the Standing Rock Community High School in May 1971.

After graduation she attended Brigham Young University in Provo, Utah. She continued her education at Bismarck Junior College, United Tribes Technical College and Sitting Bull Community College. Laura believed that education was important and did her best to instill that value in her children and grandchildren.

Laura valued a strong work ethic and was known to be hard working by her friends, family and coworkers. Throughout her life she worked at and volunteered in many areas throughout Fort Yates. Laura worked off and on for the BIA beginning fulltime in finance in 1973 while volunteering part-time at the Superintendent’s Office where she befriended Shirley Plume. She continued to work for the BIA leasing office, human resources dept, Social Services and child welfare returning to the finance office. Laura worked for Indian Health Services: Mental Health Department, Sitting Bull College and Prairie Knights Casino. She expanded her resume by working over the years for the Standing Rock Sioux Tribe as well as in multiple fields such as, SRST Alcohol program at the complex, Ambulance station, Finance, SRST tribal court, and most recently at the SRST housing authority.

Laura loved to cook and share a meal with relatives and coworkers during holidays and special occasions. She did her best to be a good community member and help in whatever small way she could. During the holidays she would always buy extra gifts just in case we had an unexpected guest or heard of a family member in need. She loved to make baskets and candy bags for the kids in the community. Her spirituality was important to her and she was very active in churches in her community where she developed many great friendships. She never lost contact with friends made over the years.

In time, Laura opened up her home to a special niece, Cheyenne Zahn and two foster children, Lily and Kachine Smith.

Laura was known for her kind, independent, out-going, fun-loving spirit, generosity and willingness to help others however she could and will be greatly missed by all those who knew and loved her.

To order memorial trees or send flowers to the family in memory of Laura Vaulters, please visit our flower store.