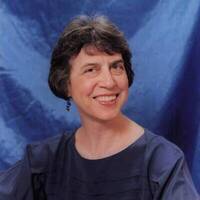 Lee Ann Hoff passed to the eternal joys of God’s gracious love on May 6th, 2022 after a generous and courageous life dedicated to service of other people.

The Monastery requests unvaccinated attendees to wear a face covering.

Interment of cremains will take place later in a private ceremony at the Carson Cemetery.

Lee Ann was born in Richardton, North Dakota on June 7, 1932.  Her parents were Lee A. Hoff and Elizabeth (Froehlich) Hoff.  She was baptized Leona Anna. She was raised on the Hoff family farm/ranch south of Leith, ND, along the Cannonball River, sharing both indoor and outdoor work. With her brothers she rode horses to a one-room grade school. She graduated from St. Mary’s High School, Richardton in May, 1949. In September, 1949 she enrolled in the RN nursing program at St. Alexius Hospital and also joined the Benedictine Sisters of Annunciation Priory, where she remained for 17 years. She earned a BSN degree at Saint Louis University, a Masters in Psychiatric and Mental Health Nursing at Catholic University of America, a certificate in crisis intervention from Johns Hopkins, a Diploma (Masters) from the London School of Economics and a Ph. D. in social sciences from Boston University.

Lee Ann lived in Boston, Massachusetts for over 40 years. In February, 2022 she returned to Bismarck for her final days with family.

Lee Ann provided leadership in the development of psychiatric services at St. Alexius, as well as suicide prevention and community mental health services in North Dakota. She pioneered in the development of professional training in crisis intervention, suicide prevention, violence against women and other concerns in mental health. She received several prestigious awards for her work: 1985--American Association of Suicidology its first National Service Award; 2000 -- American Nurses Association Honorary Recognition Award. She published over ten professional books addressing various components of mental health care, crisis and violence. She was especially proud of six editions of her award-winning book “People in Crisis.” Lee Ann held nursing faculty positions at Northeastern University (Boston), University of Ottawa (Canada) and University of Massachusetts (Lowell). She enjoyed teaching immensely and received rave reviews from her students.

Lee Ann combined her passion for traveling with offering professional education and training around the United States, Canada, and numerous other countries, (most challenging) the former Soviet Union. Her family heard many stories of her adventures abroad. She was a great cook and renowned hostess for many dinners and festivities. Due to a childhood injury she only had what she called “one good eye,” but was, nevertheless, a voracious reader of a wide range of literature and other writing.

Lee Ann was a very generous woman, readily sharing her resources with friends, family and people in need, and with a great commitment to social justice, especially her belief in “health care for all.” Early on, her parents recognized her strong sense of self-direction and her fine intellectual skills. She had a courageous spirit, willing to strike out in new directions and to face obstacles with determination. Her fearlessness was exemplified by her amazing story of going swimming, by herself, in the Indian Ocean during a trip to South Africa. Her siblings were especially grateful for her care for our disabled sister, Bernadine, after our parents could no longer provide for her.

Lee Ann is survived by her sister, Marie D. Hoff; sister-in-law, Karol Hoff; seventeen nieces and nephews; and their spouses and children and grandchildren.

She was preceded in death by her parents; sisters, Eileen, and Bernadine; brothers and sisters-in-law: Jim (Judy), Kenneth (Arlene) and Lee.

Memorials may be directed to the Lee and Elizabeth (Froehlich) Hoff scholarship fund at the University of Mary, 7500 University Drive, Bismarck, ND 58504; or to Annunciation Monastery.

To order memorial trees or send flowers to the family in memory of Lee Ann Hoff, please visit our flower store.