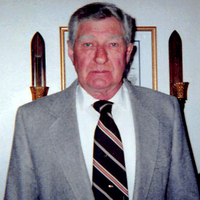 Leo Schumacher, 86, Menoken, was called home to be with the Lord on Jan. 9, 2021, after a short stay at Sanford Medical Center where his family was ever present.  Funeral services will be held 10:30 a.m. Thursday, Jan. 14 at Parkway Funeral Service, 2330 Tyler Pkwy, Bismarck.

Visitation will be held 5 to 7 p.m. Wednesday at Parkway Funeral Service, Bismarck. A vigil will begin at 7 p.m.

Burial will be held 12 p.m. at the North Dakota Veterans Cemetery, Mandan.

Leo was born May 2, 1934, in Zeeland to Paul & Christine (Senger) Schumacher. He was raised and educated in Zeeland. On Dec. 7, 1953, Leo was drafted into the Army and was stationed in Ft. Leonard Wood, Missouri, where he was chief cook. Leo was decorated with a National Service Medal and a Good Conduct Medal.

Leo married Helen Grinsteiner in 1956; to this union he was blessed with three children, Gregory, Sandra and Patricia. He farmed for a short time in the Hague area. They moved to Deadwood, South Dakota, where he worked for Black Hills Power Company as a lineman and then as a police officer for the city of Deadwood. They moved to Bismarck in 1966. Leo worked at Bridgman Dairy until 1971, as a truck driver and at that time was driving the largest truck they had. Leo married Charlotte Oleson in 1974. To this union he was blessed with one son, Paul. Leo worked at Melroe/Bobcat in Bismarck until 1982. He was then employed by Cloverdale Foods. He was involved with sales and marketing and managed the coffee, juice, and chemical accounts for restaurants and hospitality vendors. He retired from Cloverdale in 1991. Leo married Carol Schroeder from Detroit Lakes, Minnesota, on June 25, 1988. In 1992, they left the city life and built a home on a farmstead in Menoken. He was so happy to go back to his farming roots which involved crops and cattle. Leo liked the old school farming and preferred the old equipment and ways he grew up with. In his spare time Leo enjoyed gardening and loved to share the produce with family and friends and always helped with the canning. He loved to grow pumpkins for all the kids for Halloween. After retirement he enjoyed starting his day out with playing a few games of Solitaire, was always up for a game of Pinochle and enjoyed watching old westerns on Grit. Leo was a devoted Catholic; he grew up being an altar boy for many years in Zeeland and prided himself with having the ability to recite the mass in Latin.

Dear Leo, you are in our hearts and mind today and tomorrow. Our goodbye is temporary, until we see you again, we love you.

To order memorial trees or send flowers to the family in memory of Leo Schumacher, please visit our flower store.