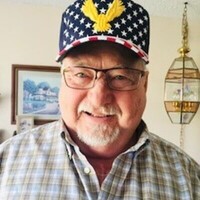 Leon was born March 26, 1949, in Dickinson. On July 26, 1959, Leon was baptized in the Odessa Cannonball River by New Leipzig, along with his parent’s baptism that beautiful day. He graduated from Dickinson High School in 1967.

He married Catherine Sumner on February 4, 1967. To this union their son, Ryan, was born in Dickinson. Leon Joined the U.S. Army on August 19, 1972. He was stationed to Ft. Ord in California and then to Ft. Carson, Colorado. There they had a daughter named Nicollette was in 1974.Then the family headed to Germany on May 26, 1974, where he served as a Sgt in the Army. Leon was Honorably Discharged from the Armed Forces of the United States Army, August of 1978.

He loved Colorado so much when he got out of the Army, he moved his family to Colorado Springs. Leon worked for the Colorado Springs Water Dept for about two years until he got into the United States Post Office. He worked on the west side of Colorado Springs as a mail carrier and later in his career became a supervisor and Postmaster in which transferred him to Oklahoma in 1998. He later retired from the post office in Pryor, Oklahoma, around 2006.

In retirement he decided he would drive his pickup truck around to see God’s green earth. He would deliver campers from one company to another. He then decided to drive truck for Swift for a while as he loved driving all over the countryside and seeing new places, until one day he didn’t, he was done driving truck. When the opportunity to become a petroleum landman in the oil and gas business arrived he jumped on it and spent some of his last years working in the oil boom in Williston, North Dakota. There he met the lovely Miss Margaret Sandvik, they traveled together and enjoyed each other’s company to his last days. Leon moved to Mott, N.D to live and help take care of his aging mother in 2016 up to his final days.

Leon was preceded in death by his father, Sidney Anderson.

Leon loved Jesus, his country and his family and friends.  He loved the outdoors, hunting and fishing.  He enjoyed all his grandchildren and made a point to be at all the important events of their lives. He was especially fond that he just became a Great Grandpa on November 16, 2021. Thank goodness for technology, he got to see the little bundle of joy on facetime and many pictures.

Celebration of his life and interment by his request will be in the spring on a warm, sunny day at the North Dakota Veterans Cemetery.

To order memorial trees or send flowers to the family in memory of Leon Anderson, please visit our flower store.