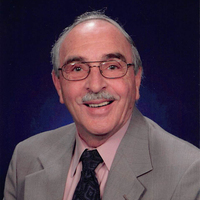 Lester John Schramm was born January 27, 1934, to Ernest and Rose (Galster) Schramm in Hazen. He was raised and educated in Hazen. On December 30, 1954, he married Virginia Buechler in Hazen. They moved to Bismarck where Lester worked at AT&T until his retirement. Following his retirement, he moved to Minneapolis and worked for another communication company, often traveling for his job.

Lester was preceded in death by his wife, Virginia; son, Tim; and his parents.

To order memorial trees or send flowers to the family in memory of Lester Schramm, please visit our flower store.