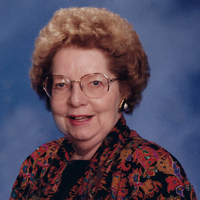 Lillian Maye Sinkula passed away on Jan. 22, 2021 in Bothell, Washington, at the spry, young age of 89 years. A funeral service to remember her joie de vivre will take place at 2 p.m. on Friday, Feb. 5 at Corpus Christi Catholic Church, 1919 N 2nd St, Bismarck.

Lillian was born Sept. 21, 1931 in Isle, Minnesota.  She graduated from Isle High School in 1949. Following high school, Lillian attended Minneapolis Business College, where she graduated with her Private Secretarial degree.

Following her education, Lillian and a friend headed west with plans to settle in California.  They stopped in Bismarck, where Lillian encountered the impeccable handsomeness and charming wit of North Dakotan men.  She met a Mandan resident named Donald, fell in love, and they married on Jan. 24, 1959 in Bismarck.

She gave birth to a daughter, Karen, in 1964 and the family moved from Mandan to Bismarck in 1967. In 1970, she gave birth to a son, David.  Lillian and Donald would spend the next four decades raising their family on Northridge Drive, where they had many long-time friends and neighbors.  She never made it to California – though her zest for driving fast sometimes resembled that of a Californian.

Lillian worked as a geological secretary, beginning her career with Sun Oil, and later for Harris, Brown & Klemer.  Capable of handling more, Lillian took on additional work on behalf of the North Dakota Geological Society and continued her involvement even after she left her role at Harris, Brown & Klemer.  Lillian was also an independent consultant for Mary Kay Cosmetics.  She later worked as an office administrator for the Bismarck/Mandan Board of Realtors and the Central Dakota Humane Society.  She ended her career as an attendant at Spa D’Athena.

Lillian volunteered her time with the US Postal Auxiliary, the Parent Teacher Association and was a long-time member of the Elks Lodge #1199 and the Fraternal order of Eagles #2237.

The family spent many summers in Happy Acres near Pick City/Garrison Dam on Lake Sakakawea.

Lillian formed a Tuesday lunch group with friends, where they would share stories and discuss events of the day. She looked forward to these lunches every week over the course of several decades. Lillian was an au courant film watcher, enjoyed listening to music (which often led to dancing) and she loved to shop.  She was an enthusiastic Scrabble player, which is occasionally where her mischievousness and talent for inventing new words were unleashed on the rest of the family.

Lillian was an aficionado of Christmas lights and conducted a thorough reconnaissance of the entire city to admire especially creative or elaborate light displays.

In 2016, a siren’s song lured Lillian to Seattle, Wash., where she discovered the pleasures of mild, snowless winters and superior coffee.  She also wanted to be closer to her daughter, Karen, and her favorite grandsons, Michael and James.

The family is requesting that instead of flowers, that memorials be given to the Central Dakota Humane Society or the Bismarck-Mandan Elks Lodge #1199.

To order memorial trees or send flowers to the family in memory of Lillian M. Sinkula, please visit our flower store.