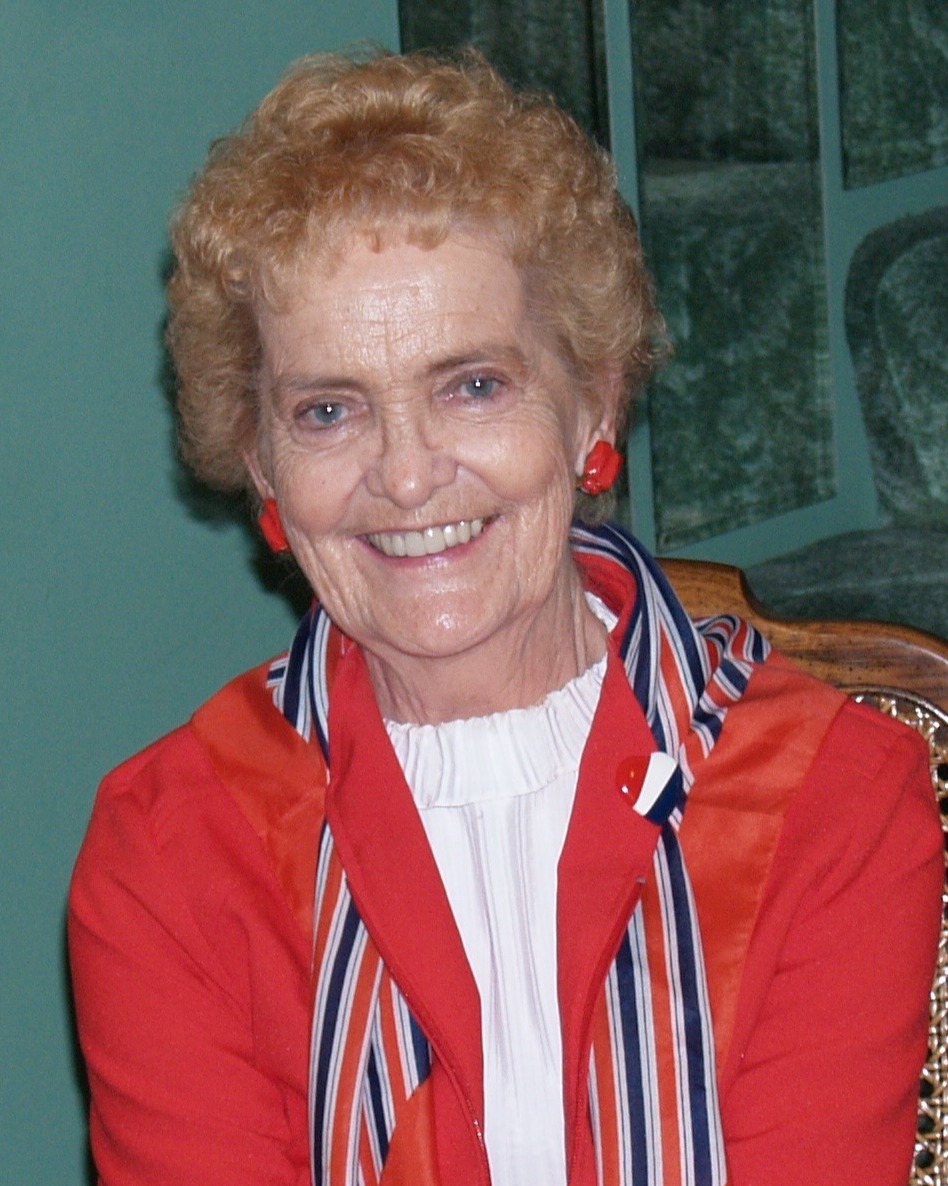 A funeral service will be held 11:00 a.m., Monday, Dec. 19, 2022, at Parkway Funeral Service, 2330 Tyler Parkway, with Pastors Karl Kroger and Darrel Aleson officiating. A luncheon will be provided following the service.

Burial will be held at Fairview Cemetery, Bismarck, after the luncheon.

Lois was born on Feb. 16, 1931, to Thomas and Florence (Springmyer) Boe, joining her three older brothers, Laverne, Ivon, and Roger.  She grew up on the family farm, seven miles north of Turtle Lake, ND, and attended the nearby country school for grades 1-8.  Orphan lambs, who she had bottle fed from birth, would often follow her to school as she walked across a pasture. She particularly enjoyed the smaller farm animals.  Lois learned to play her grandmother Boe’s pump organ. During her teen years she served as church organist at her family’s church, St. Olaf Lutheran.

Lois graduated from Turtle Lake High School in the spring of 1949 as class Salutatorian.  That fall she enrolled in the Bismarck Hospital nursing program, which included courses at Bismarck Junior College.  At that time, BJC was housed in the upper floor of Bismarck High School.  At a BJC “mixer” dance that fall, an engineering student from Bismarck saw her walk across the dance floor and was immediately “smitten”.  On March 4, 1951, Lois married Duane Peightal at St. Olaf Lutheran Church.  The couple was blessed with four children, David, Stephen, Deanne and Tamara. Their blessings continued with eleven grandchildren, 23 great-grandchildren and 4 great-great-grandchildren.

The couple moved to Grand Forks in the fall of 1951 where Duane completed work on his Chemical Engineering degree at the University of North Dakota.  In 1953, they moved to Hammond, IN, a suburb of Chicago, where Duane started working for Standard Oil Co. at their Whiting Indiana refinery.  In April 1954, they were transferred to Mandan, ND, where a new Standard Oil refinery was still under construction.  In 1959, Duane and Lois then moved from Mandan to their “dream home” in Bismarck, which they filled with love and memories with their children, grandchildren, great-grandchildren, and great-great-grandchildren.

Through all of this, Lois, who truly loved children, delighted in her role as a “stay-at-home-mom”.  She was always there for her children when they came home from school excited to tell her of the events of that day--usually with the smell of fresh baked cookies in the air. Always a caretaker, she encouraged her children to invite their friends to their home.

Lois was a self-taught Master Seamstress, making clothes for the whole family--and even for a friend or two.  She produced beautiful wedding gowns for her two daughters, two daughters-in-law, as well as family friends.  Lois was very supportive of both daughters who, as teenagers, were involved in baton twirling competitions at local, state and national levels.  She sewed many outstanding twirling outfits for the girls and their friends.

Lois enjoyed the family weekend camping experiences at Heart Butte Reservoir, usually with “Uncle Bob and Aunt Lori” Kraft and their kids, Randy and Roberta.  She always provided the best in camping cuisine. After a more permanent campsite was established with a cabin on Crooked Lake, Lois spent many summers entertaining family and friends. She also “packed the camper” in preparation for many family vacations--usually toward the western states.  After Duane retired, the couple enjoyed traveling internationally to England, Wales, Scotland, France, Germany, Austria, the Czech Republic, The Gambia in Africa, Norway, and over 28 trips to Aruba.

As a follower of Jesus Christ, Lois was baptized and confirmed at St. Olaf Lutheran Church. She and Duane then became members of McCabe United Methodist Church where Lois was very active in her church community. She served on both the wedding committee and the funeral committee, as well as many other church commissions. Additionally, Lois was in charge of the nursery on many Sunday mornings. She modeled that child-like faith the Bible speaks of and always said Jesus was her friend.

Lois joined Duane in Heaven on what would have been his 92nd birthday. She is preceded in death by her husband, Duane; her parents, Thomas and Florence Boe; brothers, Laverne, Ivon, Roger, and Conrad Boe; sister, Margaret Boe; sisters-in-law, Ruby and Irene Boe; grandson, Matthew Peightal (the first); mother-in-law, Emma Peightal; father-in-law, Elton Peightal;  nephew, Marc Wicklund; and her niece; Paulette Bergquist.

A family camp out is being planned for next summer to celebrate her life.

In honor of Lois’ strong Christian faith, it is requested that memorials are sent to the following organizations – Cru (Campus Crusade for Christ), The Open-Door Community Center, McCabe United Methodist Church, St. Olaf Lutheran Church, Turtle Lake, Compassion, Columbia Qualities, or a charity of your choice.

To order memorial trees or send flowers to the family in memory of Lois Peightal, please visit our flower store.