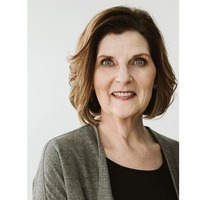 Lorri Kathleen Giddings, 63,  passed away peacefully on Aug. 2, 2021, surrounded by her loving family after a 14-month courageous battle with cancer. A memorial service will be held 7 p.m. Thursday, Aug. 5 at Parkway Funeral Service, 2330 Tyler Pkwy, Bismarck.

Visitation will be held from 5 to 7 p.m. Thursday at Parkway Funeral Service, 2330 Tyler Pkwy, Bismarck.

Lorri has been cremated as she desired and her ashes will be interned at Rose Hill Cemetery, Reeder, with her parents and brothers at a later date.

She was born in Seattle, Washington, on August 3, 1957, to Beverly Elaine Knutson.  Nine months later, Lorri got her forever dad when Bev married Gene Scow Hanson. Lorri was raised in Reeder, North Dakota, and graduated from Reeder High School as Valedictorian in 1975. She was fortunate to grow up with school girlfriends and her many cousins allowing them to create many great memories in a small southwest North Dakota town.

Lorri had big dreams and goals to accomplish and enrolled in college at Dickinson State University. While there she completed a truck driving class and made a life-long friend. After two years at DSU she transferred to Moorhead (MN) State University where in the summer of 1978 she was noticed by another student in the accounting class. They began dating and she reached her college goals of getting both an accounting degree and MRS degree when she married Spencer Giddings on April 7, 1979 in Breckenridge, Minnesota.

The newlyweds moved to Bismarck for two years where daughter Jennifer was born. They moved to Hazen where son Matthew and daughter Moxa were added to the family. Spencer’s job transfer brought them back to Bismarck in 1986 where they have resided since.

Lorri worked for the North Dakota Pharmacy Service Corporation for 25 years, retiring in 2018. She always felt her most important career was being a mother and grandmother, and she was one of the best. Lorri loved Christmas and considered every day of the year as a day to prepare for this joyous occasion. She made memorable trips to Mexico, Canada, Ireland, St. Martin, Jamaica, Norway, Amsterdam, Cuba, Las Vegas, New York City and Hawaii. Lorri enjoyed all music, reading, online games and spending time with family and friends. She was also a loving dog mom who had many awesome fur babies over the years.

Memorials can be made to the American Cancer Society or National Ataxia Foundation in her honor.

To order memorial trees or send flowers to the family in memory of Lorri Giddings, please visit our flower store.