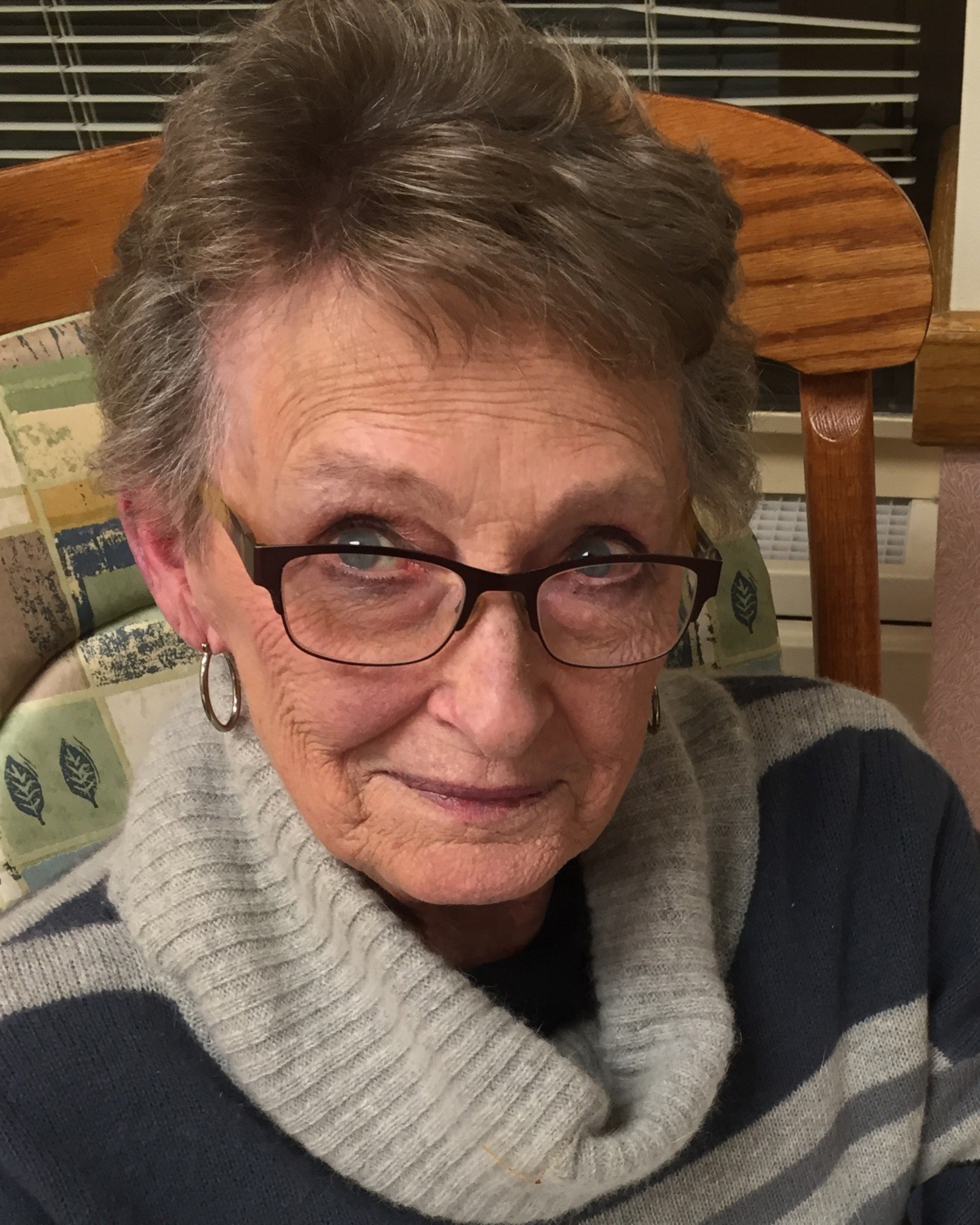 A memorial service will be held on June 1, 2023 in Bismarck.

Marcella (Marcy) Lindblom was Born in Anamoose, ND on May 28, 1939 to Joe and Margaret Kramer (Mosser).

Prior to graduating from Karlsruhe in 1957, Marcy was a cheerleader for Karlsruhe High School when she met a charming and dapper basketball player from Butte named Marlow Lindblom.  Marcy married Marlow on June 14, 1958 at St. Leo’s Cathedral Church in Minot. She always joked that they chose that date so Marlow would remember his anniversary was Flag Day.

Over the course of the next six years, Marcy would give birth to four children: Michelle, Mark, Marla and Michael.

In addition to being a full-time mom, Marcy worked for Morrey Alans and Vantine Paint & Glass. She was the first employee for Crosstown Delivery (now Cross Country Courier), and a book-keeper for Capitol Lanes in Bismarck. Following retirement, she also helped her long-time friend Jan Jordan, setting up gatherings for the ND League of Cities.

Marcy enjoyed bowling, softball, playing cards, bingo and golfing. She took up the game of golf after buying a set of clubs, “not for fame: but for fun,” she said. She always loved decorating in the home, especially during Christmas, where she would set up elaborate Christmas displays. Marcy also enjoyed cooking for the family at home and at the family’s Brush Lake Cabin. She was a member of Corpus Christi Catholic Church and Bismarck-Mandan Elks Lodge. Marcy and Marlow were very active in Jaycees, both holding state and local offices and traveling extensively for the Miss North Dakota pageant. She also helped Marlow in his volunteer job as manager of the McQuade’s Softball Tournament for 32 years.

She loved her family and enjoyed watching them grow and become such great parents and adults. Marcy’s mottos were: “treat everyone like you want to be treated” and “honesty is always the best policy.” A life-long volunteer, she believed in and instilled those values to her children and others close to her.

Following Marlow’s retirement in 1998 to his death in 2006, the couple wintered with a handful of Bismarck friends in Lake Havasu City Arizona. There, they played golf, visited casinos, hosted family, visited friends, and created many cherished memories.

From October 2017 to the time of her death, Marcy lived at Edgewood Village in Bismarck. There, she made many new friends with residents and staff, who described her as “spicy” and a “passionate advocate” for other residents.

She was preceded in death by her parents and her husband Marlow.

Memorials may be made to McQuade’s Charity Softball Tournament.

To order memorial trees or send flowers to the family in memory of Marcella Lindblom, please visit our flower store.