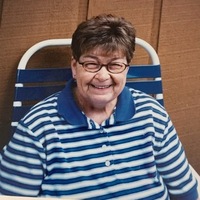 A funeral service will be held at 11:00AM, Thursday, April 28 at Parkway Funeral Service, 2330 Tyler Pkwy, Bismarck. The family will begin greeting guests an hour before the service starts.

Burial will be held at 1:00PM, Thursday, April 28, at the North Dakota Veteran's Cemetery, Mandan.

She married Gerald Farnsworth in 1980.

Margaret cherished visits with her family. She often treated them to her famous rice krispie bars, wacky cake, tuna casserole and chocolate chip cookies. Her red hair and Irish heritage lent to her personality, feisty disposition and sense of humor. She inducted many of her nieces and nephews into the “Snake Bite Club.”  Margaret remembered family birthdays by faithfully sending birthday cards.

Margaret volunteered for Mental Health America of North Dakota for many years and seemed to enjoy helping out. She attended Temple Baptist Church in Fargo for many years. Her faith was very important to her and she trusted Jesus as her Savior. She had two parakeets named Sweetie and Tweetie, and later she had a beautiful black and white long haired cat she called Teddy.  She adored her pets and took such good care of them.

Oklahoma; two sisters, Dolores Western and Sharon Bendish both of Mandan and many nieces and nephews.

To order memorial trees or send flowers to the family in memory of Margaret Farnsworth, please visit our flower store.