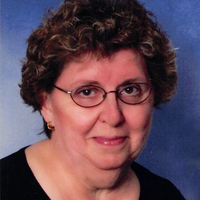 To watch the live stream of the service on Friday, November 27, starting at 11:00 am, visit https://www.facebook.com/bethelbismarck/live/

Burial will be held at the North Dakota Veterans Cemetery, Mandan. A service livestream of the graveside service will be available on the funeral home's website.

Margaret was born on June 5, 1947 to Albert and Alma (Kinzler) Moos in Jamestown. Margaret was raised on a farm south of Gackle. She was always known by her family as Jean. In her earlier years, she attended a rural country school and later graduated from Gackle High School in 1965.

After high school, she moved to Bismarck to attend Capital Commercial College. Following graduation, she worked for Provident Life Insurance.

She met Edwin Stern and they were married on June 29, 1968. On Sept. 4, 1973 their daughter, Andrea, was born. In 1975 with Ed’s transfer, they moved to Hettinger. On Dec. 7, 1976 their second daughter, Brenda, was born. While in Hettinger, Margaret cared for her children and later worked in bookkeeping at First National Bank. She taught Sunday School, was a Brownie leader and was President of the American Legion Auxiliary. She was also a member of the JC’s.

In 1985 they moved to Sidney, Mont., where she was a bookkeeper for Dale’s Plumbing. Margaret spent many hours attending activities that her daughters were involved in. In 1992 they moved back to Bismarck where she worked in bookkeeping for several plumbing and heating companies until retiring in 2014. During retirement, she loved reading books, spending time on her laptop and being with her grandchildren and beloved pets.

She was preceded in death by her parents, Albert and Alma; brothers-in-law, Edmond Henke and Albert Stern; and niece, Diana (Stern) Wishon.

To order memorial trees or send flowers to the family in memory of Margaret Jean Stern, please visit our flower store.