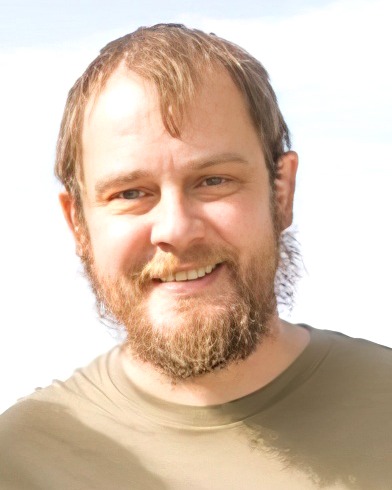 It is with much heartache that we say goodbye to our son, brother, grandson, uncle, nephew, cousin and friend Mark Samuel Wonnenberg.

Mark, 36, was born in Bismarck on March 18, 1986.  As a follower of Jesus, by God’s grace through faith, Mark received his perfect, heavenly body on Thursday, January 5, 2023 and then performed his last heroic act, organ donation. Anyone who knew Mark, knew he loved deeply. He had a big, tender heart. His passing leaves a large hole in everyone’s hearts.

A lunch will follow the service at the Century Baptist Church,.

Mark was diagnosed with Type 1 Diabetes at the age of seven. He was stronger than all of us. It is an incredibly challenging disease to manage. He often said, "You have no idea what I go through,” and he was right.  Initially, diabetes kept him from going on his “bucket list” trip, but it worked out for the better for him. Mark and his dad went the following year in 2019 on the 75th Anniversary of the World War II D-Day landing. They had tickets to the televised celebration in France, and Mark even walked by the cameras so his mom got to see him.

During his high school years, Mark participated in band and was able to go on a band tour, which was another trip of a lifetime. The Century Patriot Band, under the direction of Mr. Tim Fogderud, traveled to New York and Boston. Among their many adventures, they saw Lion King on Broadway and performed on-stage at Carnegie Hall, all in the comfort of their Patriot band uniforms!

Mark had a list of things that he wanted to do one day. One was the World War II tour he did with his dad. Another one was skydiving, which he got to do with his brother Mike. It wasn’t the same when he went again without Mike, but he still loved it. The last thing on his list we know of was seeing Jim Morrison’s grave in Paris before the start of their World War II tour.

He began working at Runnings in the Sporting Goods department in December of 2021 under the management of Kevin Lockard. As a firearm enthusiast, it was a dream job for Mark. He told us almost daily “Where else could I talk guns all day and get paid while doing it?” He loved all the staff, his customers, and their dogs that always ran right to him because they knew he loved them too.

Some of Mark’s interests and hobbies included spending time with his niece and nephews, who shared a mutual love for Legos. He also enjoyed firearms, hunting, vehicles, war memorabilia, caring for his lizards, and tending to his collection of plants.

Mark is survived by his parents, Doug and Robyn; brother, John and his wife, Sarah; along with niece, Maya, and nephews Grant and Preston; his sister, Connie (and Sean Dane); grandmothers,  Lorraine Wonnenberg and Irma Bitner; and numerous aunts, uncles and cousins.

He was preceded in death by his brother, Michael; and grandfathers, Eugene Wonnenberg and Robert Bitner.

Memorials may be given to Juvenile Diabetes Research Foundation or Gideons International.

To order memorial trees or send flowers to the family in memory of Mark Wonnenberg, please visit our flower store.

A sharing of Memories of Mark Service will begin at 6:30.