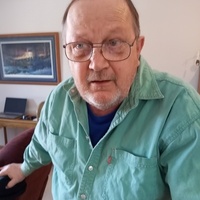 Marvin Mardel Olsen, 69, passed away May 29, 2022, following a battle with cancer.  Cremation has taken place, per his wishes.   A graveside service will be held 10 a.m. Friday, July 29 at the North Dakota Veterans Cemetery, Mandan. Attendees are invited to meet at 9 a.m. at Eastgate Funeral Service, 2302 E Divide Ave, Bismarck, to join the procession to the cemetery.

Lunch and a celebration of life with family and friends will follow from 11:30 a.m. to 3 p.m. at the Jaycee Park Hall, 321 East Century Ave, Bismarck.

Marvin was born January 23, 1953, in Garrison to Joseph and Ada (Mueller) Olsen of rural Turtle Lake. He attended rural country school and later Turtle Lake, graduating from Turtle Lake High school in 1971. Following high school, he served in the US Army for eight years, serving in the medical division as an LPN. He worked at hospitals in Germany and several locations in the US, including Houston, Kentucky, and West Virginia. Marvin was honorably discharged on April 17, 1981.

Following his Army enlistment, Marvin spent a few years working construction and then became an over-the-road truck driver.  He loved to travel and shared his experiences with family and friends.  He was in New York City the day of 9/11 and saw the event closer than most would’ve like to.

Marvin was an avid reader and kept informed on a wide range of topics and had an ability to participate in conversations on many subjects.   He had strong opinions on the political aspect of the country and was willing to share them.

Following Marvin’s retirement from trucking, Marvin attended BSC and earned an associate degree in Applied Sciences. After retirement, he formed many friendships though Facebook and enjoyed sharing those thoughts and ideas, as well as a good laugh with those many friends.

Marvin enjoyed cooking and preparing foods and liked preparing them to his personal likes, however, he also enjoyed dinners spent with family in their homes.  He enjoyed the outdoors and the beauty of nature, whether in real life or photos that he enjoyed looking at online.  Marvin was a loyal, compassionate family member and friend.

Marvin is survived by his siblings, Harold (Sherri) Olsen, Beulah, Ardith (Russell) Wahl, Bismarck, Larry (Nancy) Olsen, Scotia, N.Y., Linda (Bob) Olson, Woodbury, Minn., Sherry Holte, Sweet Home, Ore., Gordon Olsen, Ogden, Utah, Vincent (Tracy) Olsen, Minot, and Trudy Haraldson, Bismarck; 16 nieces and nephews; 21 great-nieces- and nephews; and four great-great-nieces- and nephews.  All the nephews and nieces have fond memories of sitting on Marvin’s lap and having books read to them. He had the softest heart for the little children, and he was loved in return by them.

He was preceded in death by his parents; and sister, Donna Mae, who died at birth.

To order memorial trees or send flowers to the family in memory of Marvin Olsen, please visit our flower store.