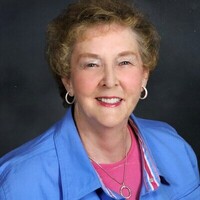 Mary Ellen Jesse left this Earth after 84 years and more importantly left her mark – helping to raise more than 1,000 children, many from Bismarck, ND.

As a teacher of kindergarten and first grade for 34 years, Mary Ellen taught her students more than reading and arithmetic. She taught them kindness, manners, responsibility, to believe in themselves and that learning is a life-long endeavor.

A fine lady who set high expectations, Mary Ellen was as strong on the inside as she was classy on the outside – always seen with manicured nails, coordinated ensembles of beautiful colors, and jewels that sparkled and jingled as she did on the inside. She’ll forever be remembered as a good friend to many with a bit of a mischievous side – occasionally enjoying costume jewelry and passing it off as the real deal.

Born in Carrington, ND on May 20, 1936 to Arthur and Sarah (Darcy) Ebentier, Mary Ellen graduated from Carrington High School in 1954. She earned a B.S. degree in Elementary Education from Macalester College in St. Paul, MN and completed post-graduate work at the University of Minnesota and Stanford University in Palo Alto, CA. Her teaching career began in Anoka, MN and she spent 21 years at Roosevelt School in Bismarck, retiring in 1991.

On January 25, 1969 in Carrington, ND, Mary Ellen married the love of her life, Robert (Bob) Jesse (“Robert” when Mary Ellen was a bit perturbed with him). They lived in Bismarck from 1970 to 1991 before retiring together to Phoenix, AZ. She returned to her beloved Bismarck in 2008 after Bob passed away in 2005.

In lieu of flowers, please consider donations in memory of Mary Ellen to Bismarck’s Roosevelt Elementary School where she taught for 21 years. Donations to Roosevelt School should be made online via: https://www.bpsfoundation.com/project/roosevelt/. Scroll down to “Give Today” section to make your gift. Use the Donation Information box to write in memory of Mary Ellen Jesse and any other comments or memories you would like to share.

To order memorial trees or send flowers to the family in memory of Mary Ellen Jesse, please visit our flower store.