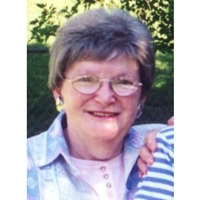 Visitation will be held from 5 to 7 p.m. on Friday at Parkway Funeral Service, Bismarck.

Mary was born August 29, 1933 to Christian and Cecilia Krupich in St. Paul, Minnesota.  She grew up in the St. Paul, Minn., and Fargo areas, graduating from Shanley High School, Fargo.  She married Harold J. Kohler on September 18,1954, in Fargo.  Mary and Harry lived in Moorhead, Minn., while Harry attended college. They also lived in Sioux Falls, S.D., and  Des Moines, Iowa, before settling in North Dakota.  She always considered Minnesota as home in her heart.

After sending her youngest child off to first grade, Mary jumped into the work world.  She had various jobs including working for 20 years as a switchboard operator at the Federal building in Bismarck.  She was part owner of Bojangles in Gateway Mall. Later, Mary became a volunteer working at various nonprofit organizations which kept her busy until the age of 86.

Mary was involved in Mothers Against Drunk Driving.  She and Harry were founders of the first North Dakota chapter. They were also involved for many years on the Charity and Justice Committee at St. Mary's Catholic Church. Mary was recognized in 2002 by the Bismarck Tribune with an award for her many charitable works.

She was preceded in death by her husband, Harry; her daughter Christine; her son Joseph; her parents Christian and Cecilia Krupich; her brother and sister-in-law, Ron and Audrey Krupich; her sister-in-law, Delores Krupich; and her great granddaughter Zoe Kohler.

To order memorial trees or send flowers to the family in memory of Mary Kohler, please visit our flower store.