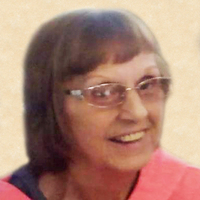 Mary E. Mittleider, 75, Steele, went to be with her heavenly father with her family by her side on June 10, 2022, at Sanford Medical Center. Mass of Christian burial will be held 10:30 a.m. Tuesday, June 14 at St. Paul’s Catholic Church, Tappen.

Visitation will be held 5 to 7 p.m. Monday at St. Paul’s Catholic Church, Tappen. A Rosary/Vigil service will begin at 7 p.m.

Burial will be held at Fisher Cemetery, Tappen, following the service.

Mary was born to Theodore and Laura (Hanson) Stoppleworth on June 5, 1947, on the family farm near Woodworth. She attended Paris Township School and later attended Woodworth School.

She met Daniel in 1961 and they were united in marriage at St. Michael’s Catholic Church in Pingree on August 28, 1965. They had three children, LaDonna, Danny and LaVonne.

She worked various jobs throughout her lifetime, waitressing and Construction. Her main calling was to be a great wife and awesome mom, which she fulfilled. She was employed with the Steele Vets Club at the time of her death. They owned D & M Excavating and worked with Dan throughout the years.

Mary was a member of the St. Paul’s Altar Society. Mary enjoyed her children, grandchildren and great-grandchildren. She loved gardening, working in her flowerbeds, going for drives, playing cards, puzzles, Bingo and casino trips with family and friends. She took great pride in her yard and home; they were always immaculate.

Mary was preceded in death by her husband Daniel; one son-in-law, Dale Hackman; her parents; four brothers and one sister.

To order memorial trees or send flowers to the family in memory of Mary E. Mittleider, please visit our flower store.