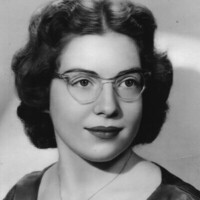 Mary was born on November 9, 1931 in Hoopeston, Illinois, to Charles and Sadie Ferguson. She was raised and educated in Hoopeston and served in the U.S. Air Force.

She married Bernard Striefel and they made their home in Minneapolis, MN, until Bernard’s death in 1965. Mary and the family moved to Harvey.

Mary is survived by daughters, Lora, Eva and Linda; sons, David and Edward; 13 grandchildren and 14 great-grandchildren.

She was preceded in death by her husband, Bernard; daughter, Donna; son, Frank; and her siblings.

To order memorial trees or send flowers to the family in memory of Mary Striefel, please visit our flower store.