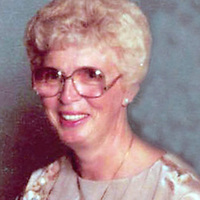 MaryAnn was born October 11,1936 in Turtle Lake, ND to Gust and Ella (Larson) Classon. The family lived on a farm twelve miles north of Turtle Lake. She attended country school until the fourth grade when the family moved into Turtle Lake. When MaryAnn was in the eighth grade she began working as a nurse’s aide at the local hospital. It was a job she loved and helping people was her calling. She worked nights, weekends, summers and continued working there until moving to Bismarck in 1959. In Bismarck MaryAnn worked for Osco Drug for almost 20 years. She enjoyed people and striking up conversations and friendships with her customers.

MaryAnn married Edwin Blumhagen in 1956. They adopted two children, Bruce and Shelly. The marriage ended in divorce. On August 18,1978 MaryAnn and John “Jack” Coppin married. They lived in Bismarck until 1981 when Jack transferred to Harvey to continue working for the Soo Line Railroad. In 1990 Jack retired and the fun began! Jack, MaryAnn, and Shelly traveled the country in their 5th wheel, spending winters in the southwest and summers camping in North Dakota. For many years, the three of them volunteered at Hostfest.

MaryAnn was a caregiver for her parents and husband and an advocate for her mother’s brothers and sister when they entered the nursing home. She was a force to reckon with when she had questions and wanted answers. In 2009 Jack became ill. The family moved to Bismarck in 2010 to be closer to medical care. Jack died in 2012. MaryAnn continued to reside in Bismarck. She too had medical issues and in later years spent time between her home and the Baptist Nursing Home. She so enjoyed her caregivers at the Baptist Home, even when they pushed her to work hard in therapy.

She was preceded in death by her parents, her husband, her brother Delbert, and her aunt and uncles.

To order memorial trees or send flowers to the family in memory of MaryAnn Coppin, please visit our flower store.