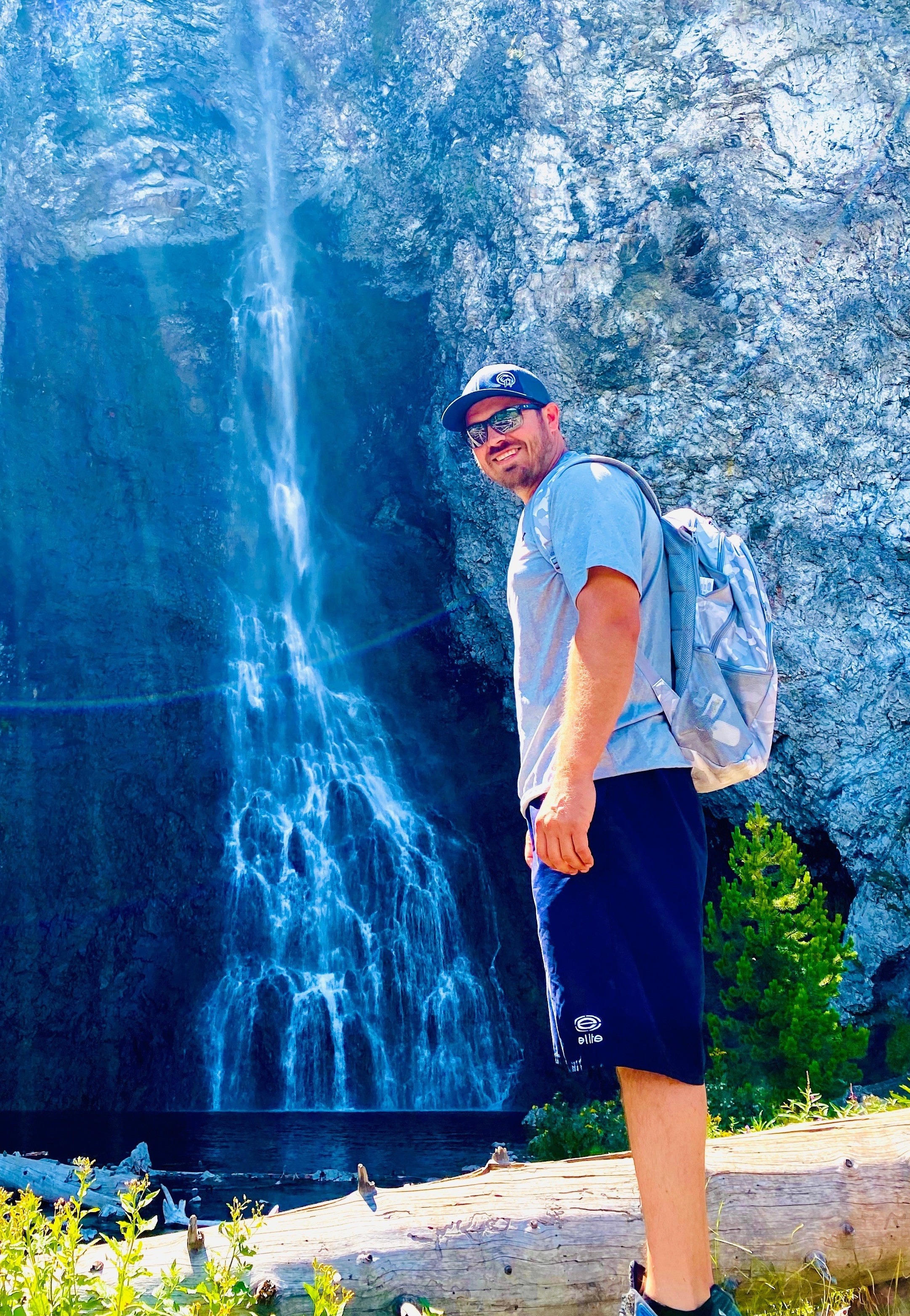 A memorial service will be held on Thursday, November 3, 2022, at 1:00 P.M. at Evangel 3225 N 14th Street Bismarck, ND with Pastors Ernie Hockett and Randy Upgren from Inspire Family Fellowship officiating.

Visitation will be on Wednesday, from 5 P.M. to 7 P.M. at Parkway Funeral Service, 2330 Tyler Parkway, Bismarck, with a prayer service starting at 7:00 P.M.  Both Services will be livestreamed from this website.

Matt was born on October 7, 1984, to Kevin and Jackie Hay. He was raised in Bismarck, ND with his brother and sister. Matt attended school at Martin Luther School and graduated from Shiloh Christian School in 2003.

Matt had a love for the outdoors that was instilled in him at an early age. Matt loved the times he got to spend hunting and fishing with his family and friends. As pheasant season opens in early October, several of Matt’s birthdays were celebrated in the field. In addition to hunting and fishing in North Dakota, some of Matt’s favorite experiences included hunting elk in Colorado, fishing for salmon in Alaska, and deep-sea fishing in the Caribbean. He looked forward to spending time in the field, the boat, the icehouse, or at one of his best friend’s hunting cabin.

Every November, Matt spent time in the badlands at deer camp chasing Muleys, while riding in the “fun truck”. Matt successfully filled his tag every year he hunted since he was 14 years old. He was excited to be passing on his hunting and fishing knowledge to his boys. He spent countless hours in the field and on the water with family and friends.

Matt was a talented athlete and played soccer and baseball in high school, joining the varsity baseball team as a 7th grader. In his younger years, he spent the winters playing hockey and as he got older, he would enjoy cheering on his classmates and friends in basketball. Matt’s love for sports continued into his adult life. He played on a few rec basketball, kickball, and volleyball teams. He played several seasons of “beer league” hockey, which was something he truly enjoyed sharing with his father and brother. One of his true joys came every summer playing softball. He often talked about growing up on the softball fields watching his dad and eventually getting to play with him. This is something he wanted so badly to continue with his boys. Matt was fortunate enough to be on a team (Bistro) who were champions at the King of the Hills, McQuades, and State softball tournaments during the summer of 2013. While Matty loved the game and winning, he loved the friendships (that become family) he made above anything else.

It was one of Matt’s good softball friends that introduced him to the love of his life. Matt met Pamela Marie Killoran in August of 2016 at the Killoran lake cabin. They did everything together because he believed everything was better together. Matt’s dream was to have a wife and family of his own, just like his brother Zach. He truly admired family and was so blessed and grateful to start that journey for himself. Matt and Pam enjoyed so many of the same things, one of his favorites to share was softball. Watching Pam and having her and the boys at his games was a highlight of his summers. In March of 2020, their Maui trip was canceled. It led to the planning of their “No Destination, COVIDcation” as Matt cleverly called it. Matt, Pam, and the boys rented an RV in August of 2020, with no destinations planned. Wherever life took them, that’s where they went. It included Yellowstone, a coin flip to decide Coeur D’Alene, ID and eventually Glacier National Park. It was a trip of a lifetime filled with so many adventures, game nights in the RV, visiting distant family and zero stress of where to be next. It was by far Matt’s favorite trip. It led to discussions of retiring together in Coeur D’Alene. At Glacier, he proposed, including the boys in his proposal each of them asking for Pam to make them the happiest they could ever be by saying forever to this family. Matt and Pam were married in a small ceremony (thanks covid) on December 11, 2020.

In addition to his love for Pam, Matt fell in love with her boys, Jackson and Elijah. He loved them as his own. He never referred to them as his step-children, always his boys and that love was very apparent to everyone from the start. He became father to Hudson Oscar on September 15, 2021. Matt shared so many fond memories with each of his boys. Teaching Jackson and Elijah baseball, soccer, golf, sharing his love for hunting and fishing but probably most important, his education. He taught so many valuable lessons and even ones that we laughed about as the boys and him spent countless hours googling all things like richest man in the world, biggest fish in the sea, who would win between superman or hulk, etc. He had a plan to get them each their first deer during this next hunting season. He loved his and Hudson’s nap time while Hudson lay asleep on his chest. He often commented about the way Hudson would snuggle deep into his neck, that it was simply the best feeling in the world. He was the best father and extremely proud of his three boys.

Matt’s biggest joy came from traveling with his family and teaching them to enjoy each moment in front of them. Electronics down, heads up so we do not miss a thing, on all occasions, (especially dinner)! The smile on his face watching the boys enjoy first class to and from Maui in 2022 was one for the memory books. Everything about that trip was pure joy for all, especially Matt, because it was the first place we had gone together that he had never been. One of his favorite things was hunting for an ornament for the ‘travel tree’. A tradition he loved, passed down from his parents.

Matt explored a variety of paths and had various jobs throughout the years searching for what he would make his “forever” career. Eventually, Matt decided to return to school and follow in the family footsteps and graduated from the University of Mary in April 2010 with his BS in Accounting. He found that he only wanted to be an accountant to work with his father. His time with his family was important to Matt no matter what they were doing, even working. He always said his favorite job was working at Gateway Pharmacy but thought he was too old to pursue it, until he met Pam who encouraged him. He realized we only have one life and doing something he is proud of had no timeline. He currently was enrolled at Creighton University’s Doctor of Pharmacy Program. He was proud of receiving nearly a full-ride scholarship he earned by writing an essay about why he wanted to be a pharmacist. In that he included his experiences with the people who inspired him and who he enjoyed working with like Pat Brunelle, Lance Belohlavek and Mark Aurit. Matt was officially “white coated” in August 2022 and began his journey to become a pharmacist. He was in his first semester, receiving straight A’s. There has been no other time like this that Matt felt truly proud of himself and believed in his abilities.

Matt was a devoted husband, father, son, brother, uncle and friend. All of the pictures of Matt with his family were simple evidence of the outpour of love he had for all of them. His children as well as his nieces and nephews were his world and he lit up whenever he was talking about any of them. Matt was a born again Christian and it was apparent in the way he treated others. If you came to know him, you did not just like Matt, you loved him. He was special to anyone who had ever met him. His heart was the best heart. His smile and laugh were infectious. He was genuine and sincere in all his friendships. He had a gentle and humble nature. He was nothing shy of amazing. Matt was described by his friends as their “cheerleader” and the “glue

that often held them together.” Matt always had the time to listen and help any friend in need. He took it upon himself to check in on his friends. He was truly one of a kind.

While losing Matt has left an indescribable emptiness in our hearts, it was a blessing to be able to share in his life and take comfort in knowing this is a temporary “goodbye.” We will be reunited with Matt. We ask everyone to live like Matt and spread the kindness he shared with so many.

Matthew was preceded in death by his grandparents, Oscar and Carmen Hay, Jim and Marge Geiger; and his uncle/godfather, Dirk Hausauer.

In lieu of flowers, an education account has been set up for Matt's boys at Stifel Investment Service.  Please contact John or Missy at (701) 255-4225 to contribute or with any questions.

To order memorial trees or send flowers to the family in memory of Matthew Isaac Hay, please visit our flower store.