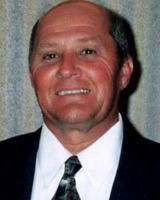 Melvin Fischer, 71, Bismarck passed away Jan. 14, 2021 in Mesa, Arizona. A family service will be held. A livestream of the service can be viewed 1 p.m. Thursday, June 24 via the House of Prayer Lutheran Church of Bismarck Facebook page or www.houseofprayerbismarck.com

A Celebration of life will be held 5 p.m. Friday, June 25 at the MDU Community Bowl, 1701 Canary Avenue, Bismarck, and is open to the public.  All friends and family are welcome to attend the event.

He was born in the Bismarck Hospital on September 11, 1949 to Emil and Emma (Bauer) Fischer.

He graduated from Mercer High School in 1967 and received an Agricultural degree from NDSU in 1971. On April 22, 1972 he married Karen Sorenson in McClusky. They moved to Bismarck had three sons, Chad, Jeffrey and Justin. Mel was employed at the Department of Agriculture and a honey producer. He began employment with the City of Bismarck in 1980 and retired in 2011.

He loved to travel and enjoyed trips to Hawaii, Alaska, East Coast, Sweden, Denmark, Scotland and the Caribbean islands.  He never missed a football game when the NDSU Bison or Philadelphia Eagles played.

He served on numerous Bismarck community committees and was an active leader in the Soccer community. He was one of the Founding Fathers of the Bismarck soccer League and served on the Executive Committee for the Cottonwood complex, member of the BSC Bowl Campaign and a registered soccer official.  He was the head boys soccer coach at Bismarck High School from 2003-2008 and the head girls coach from 1998-2008.  The girls won two state championships in 2000 and 2005.  One of the highlights of coaching BHS soccer was the National Coach of the Year Award in 2009.

He managed the MDU Resources Community Bowl from 2008-2014, was co-manager from 2018-19 and oversaw the Community Bowl Renovation in 2014. Mel started the Bismarck State College Men’s and Women’s Soccer program-was the first coach at BSC from 2009-2013.

During retirement Mel became an avid golfer in North Dakota and Arizona. His family was his life’s greatest gift. He centered his world around them and their involvement in his life.

He is survived by his wife of 49 years, Karen; sons and daughters-in-law, Chad (Melinda), Jeffrey (Jennifer) and Justin (Jenna). He is also missed by his grandchildren, Anela, Bryce, Boston, Morgan, Finn and Raegan; sisters, Donna McClintock, Doris Wall; sister and brother-in-law, Darlene and Kenny Lasher; sister-in-law, Rosie Fischer; and many nieces, nephews and cousins.

He was preceded in death by his parents; brother, Freddie Fischer; brothers-in-law, Wade Wall, Sr. and Mac McClintock.

To order memorial trees or send flowers to the family in memory of Mel Fischer, please visit our flower store.