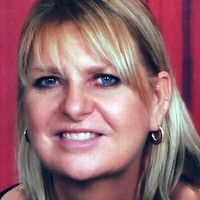 Melinda “Mindy” Austin, 62, Bismarck passed away peacefully at home on December 28, 2021, after a year plus battle with cancer. Her last days were spent surrounded by loving family.

Cremation has taken place and a private service has been held.

Mindy was born on December 4, 1959, to Ingvald and Ilene Okland.  She was raised in Bismarck and graduated from Century High School in 1978.  She earned an Associate Degree in Interior Design at Williston State College in 1980. She continued her education with an Associate Degree in Graphic Design in 1997, followed by a bachelor’s degree in Human Resources from Dickinson State University in 2009.

Mindy was employed by the North Dakota Department of Mineral Resources as an Administrative Assistant/Graphic Designer. Mindy enjoyed the time with her work family and appreciated all the support they have given her over the last year.

Mindy met Tim Austin, the love of her life and best friend, in 2002 and they began dating in 2003.  During this time both were raising children as single parents. They were married in Jamaica on April 27, 2010.  Mindy enjoyed travel and scuba diving in the Caribbean with her husband and was an extremely talented painter and illustrator. She enjoyed reading, taking kids to the zoo, and spending time with all the special people in her life.

She was known as “Grandma Mindy” by her grandchildren and the children of another special family in her life.

To order memorial trees or send flowers to the family in memory of Melinda Austin, please visit our flower store.