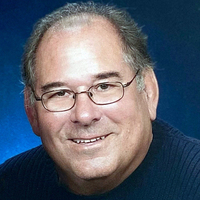 The service will be livestreamed by Cathedral of the Holy Spirit at the following link: https://venue.streamspot.com/event/MjkxNDc3MA==

A Mass of Christian Burial will be at 12:30pm, Tuesday, Nov. 9, at the Cathedral of the Holy Spirit, 519 Raymond St., Bismarck, with a luncheon to follow.

Visitation will be held at 6:00pm on Monday, November 8, at Parkway Funeral Services, 2330 Tyler Parkway, Bismarck, followed by a prayer service at 7:00pm (Bison gear at the prayer service is encouraged).

Burial will be held at St. Mary's Cemetery, Bismarck.

Mike was born in Eau Claire, Wisconsin on March 18, 1946. He graduated in 1964 from Regis High School and went on to graduate from North Dakota State University in 1967.  While at NDSU, Mike was an All-American linebacker for the Bison and was an integral part of the first national championship team in 1965. Mike was inducted into the Bison Athletic Hall of Fame as an individual in 1989 and was inducted again in 2005 with his 1965 National Championship team.

Mike married the love of his life, Laurel Ellwein, in Bismarck on June 5, 1971. They recently celebrated their 50th wedding anniversary with family. He worked as a teacher and football coach at Saint Mary’s High School and also owned and operated many bar establishments prior to his retirement in 2008. Mike loved supporting Bison football, watching his sons play football in high school and college, and spending time with his grandchildren and family and friends at the cabin on Lake Tschida.

Mike is preceded in death by his parents, Spence and Cecilia Ahneman, and his father and mother-in-law, Frank and Helen Ellwein.

Donations in memory of Mike can be made to donors’ choice.

To order memorial trees or send flowers to the family in memory of Michael Ahneman, please visit our flower store.