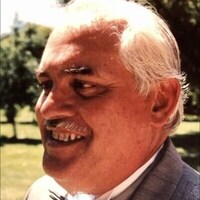 Mickey was born in Helena, Montana, in June 1941. He graduated from Bismarck High School in 1959. Mickey attended Bismarck Junior College for two years. He met his life partner in anatomy and physiology class. He married Diana Adam in July 1963.

Mickey worked with his dad at Anderson Marine in Mandan and eventually became the owner. His hard work and salesmanship earned many awards over the years and he and his wife enjoyed memorable trips and adventures through their hard work. After 32 years, he sold the business and said he was retired. His retirement included selling fishing lures, certifying as an EMT, working ski patrol at the newly opened local ski area.

Mickey was a founding father of what is now known as Captain's Landing Township. He built the home he and Diana would raise their family in mostly by himself. He served in various capacities including president for many years on the township board. His families' most precious memories are there, on the river, with Mickey and Diana adding love and laughter.

When he wasn't fishing, hunting, boating or snowmobiling, Mickey enjoyed traveling with his wife, and spending time with his children and grandchildren. He was a kind, generous, loving, and strong man, devoted to his wife and children and known to have spoiled a grandchild or two (not to mention encourage some shenanigans). His calm, stable, loving influence will be so greatly missed as he was the captain of our family ship, and as we enter some stormy weather, we take comfort in knowing that his steady hand will continue to guide our course.

Mickey was preceded in death by his parents, Irwin and Mary Anderson, his sister Mona Barfield, and his brother Sammy Anderson.

In lieu of flowers, the family requests any contributions be made to the St. Jude Children's Research Hospital (a favored charity) or the charity of your choice.

To order memorial trees or send flowers to the family in memory of Michael "Mickey" Anderson, please visit our flower store.