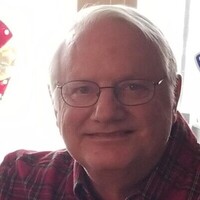 He was born on September 10, 1951 in Minot, North Dakota to Robert and Inez (Peterson) Serr, along with a twin brother, Merrill.  Raised in Minot, he graduated from Minot High School, Class of 1969. He married his “Best Buddy”, Mary Cline, in 1972 and would be celebrating 49 years of marriage this August.

He graduated from Minot State University with a bachelor’s degree in business and management, which led to his fulfilling career in the convenience store business.  Throughout his career he played many roles; manager, VP of Operations, consultant, merchandiser and trouble-shooter.  He traveled throughout his career and was known to do 1,000 miles a week but always managed to get home Friday night to be with family.  He loved to garden and plant flowers and jokingly said the birds ate better than he did!

In addition to his parents, Mike was predeceased by his son, Travis Michael and his twin brother, Merrill.

A private family service will be held at Rose Hill Cemetery in Minot.

To order memorial trees or send flowers to the family in memory of Michael Serr, please visit our flower store.