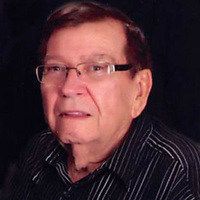 Miles Mark Michelson “Uncle Minus” was born on Christmas Day at his family homestead in New Leipzig.  Miles was called to his heavenly home at the ripe age of 90 on May 29, 2021. A memorial service will be held 1:30 p.m. Thursday, June 10 at Parkway Funeral Service, 2330 Tyler Pkwy, Bismarck. Visitation will be held one-hour prior at the funeral home.

Miles grew up on the family farm where he was the youngest of 11 children.  He attended country school until eighth grade where he was taught by his brother, sister and sister-in-law. Once finishing school, he began farming and ranching with his brother, Lyle, and various other local farmers. He worked at the New Leipzig Public school as a custodian until he moved to the Bismarck/Mandan area.

He met Donella during Spring 1974 in New Leipzig through Donella’s dad. They were married July 2, 1977 in Elgin. They were later blessed with the arrival of their daughter, Melodi, his pride and joy, in November 1979.  Miles enjoyed being a part of Melodi’s activities and was named an honorary Girl Scout.

Miles enjoyed being around people whether it was hanging around friends or family. He was the most patient man. Miles worked for both HIT, Inc. and Community Options and treated his clients with the upmost respect and compassion.

He enjoyed all outdoor activities such as camping, fishing and hunting. His patience came into play when he taught his daughter and nephews how to hunt, fish and drive. He lived a long life, had many adventures and always had a story to share.

To order memorial trees or send flowers to the family in memory of Miles Michelson, please visit our flower store.