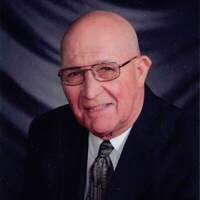 Burial will be at the Glencoe Cemetery, southeast of Bismarck.

Milton was born on December 12, 1939, in Mount Vernon, Washington to James and Bernita (Fields) Brown.  Milton was raised and attended school in Castle Rock, Washington.  In 1955, the family moved from Washington to a farm in rural Bismarck.

Milton graduated from Bismarck High school in 1958. On  August 15, 1964, he married Arllis V. Anderson and together they had two sons, Mitchell James Brown and Barrett Jay Brown.

Milton farmed until 1985 and then changed directions and took up woodworking. Milton made beautiful wood picture frames, thousands of trophy plaques, and numerous other one-of-a-kind wood items for various trophy shops around the state. Milton once took flying lessons and got a kick out of flying. Milton served on the Missouri Township Board and the Capital Electric Member Advisory Committee. Milton spent many years as a member of the Eagles, Elks, and AMVETS.

Milton and Arllis loved traveling and have been in all 50 states and 11 foreign countries.  Milton’s favorite trips were a bus trip through Canada and Alaska and a trip to Australia, New Zealand, and Fiji.

In recent years, Milton’s two most enjoyable activities were playing cards and board games with family and friends and taking short bus trips.

Milton is survived by his wife of 57 years, Arllis; his two sons and their families,  Mitchell and Kathy Brown and step-grandchildren, Lindsey and Jayden Schneider, and Barrett and Lisa Brown, and grandchildren Ajay and Katie Brown.

Milton was preceded in death by his parents, James and Bernita Brown; his brother, Dennis Brown; parents-in-law, Albert and Vina Anderson, and brother-in-law, Albert Anderson Jr.

In lieu of flowers, memorials may be sent to the Burleigh County Senior Center or to CHI Home Health Care and Hospice.

To order memorial trees or send flowers to the family in memory of Milton Brown, please visit our flower store.