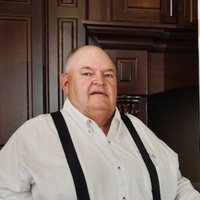 Mitchel Paul Kinnischtzke, 62, Bismarck formerly of Hebron, passed away Friday, November 27, 2020 while hospitalized at Sanford Hospital, Bismarck, from complications caused by the coronavirus.

Mitch was born on October 12, 1958 to Norbert and Marianne (Klusman). He was raised and educated in Hebron. In his earlier years he was an outstanding road grading lineman for the Hebron Brickmakers football team. Mitch was also very active in Future Farmers of America (FFA) where he earned numerous honors and trips. Mitch graduated from Hebron High School with the class of “76”.  After attending the University of North Dakota Williston, Mitch decided farming would be his profession. Mitch was a lifelong member of St. John Church of Hebron where he was baptized and confirmed. He was a member of the Hebron Jaycees, Hebron Lions, and the Hebron Fire Department; Mitch also served as president of the Hebron fire protection district for many years.

Mitch always had a passion and interest in agriculture. He began farming shortly after he learned to walk and farmed for over 40 years until he got involved in a number of agribusiness ventures in Bismarck in 2018, where he has resided since.

Mitch will be remembered for the appearance of his farm, his outstanding farming ability, and his shop get-togethers that were attended by his many friends from around the globe. At one particular evening, his guests included Senators Byron Dorgan and Kent Conrad as well as Representative Earl Pomeroy.

Mitch is survived by his mother, Marianne, Bismarck; brother, William Jones AKA James Kinnischtzke, Bismarck; and sister, Jennifer (Tim) Kray, Lincoln, Nebraska; and three nephews, Carter, Caleb and Colby Kray, Lincoln, as well as numerous friends from literally all over the globe.

Mitch was preceded in death by his father, Norbert.

To order memorial trees or send flowers to the family in memory of Mitchel Paul Kinnischtzke, please visit our flower store.