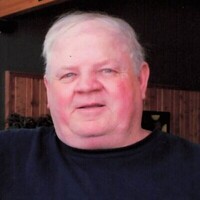 Monte Preabt, 72, Bismarck, passed away with his family at his side on Thursday, October 21st, 2021, after a lengthy battle with cancer.  Monte was a true North Dakotan and exhibited many of the characteristics that make North Dakotans proud: love of family, respect and appreciation of the outdoors, a strong work ethic and never-ending loyalty to his friends.

Monte was born in Bismarck on February 24th, 1949. He was the middle of three children born to Harley and Dorothy Preabt.  He grew up in Bismarck and like most kids of that era, he spent his summers working on family farms. He loved taking things apart and putting them back together. He developed a love for building and riding motorcycles that would last his whole life. It was also while growing up in Bismarck that he met the love of his life, Shirley Magstadt, at a very young age. She has said that he was the cutest thing she had ever seen with his wavy red hair, freckles, and blue eyes.  She loved him instantly.  Their 52 years of marriage began in April of 1969, shortly after Monte joined the U.S. Air Force. The Air Force took them to Germany, where their first daughter, Jenny, was born, and later to Italy. They spent almost four years exploring the sites of southern Europe.

After being discharged from the Air Force, Monte returned to Bismarck and rounded out his family with the birth of his son, Chad, and second daughter, Heather. Monte applied the skills he learned in the Air Force and began a long career with the IBEW Electrical Union. He built numerous power plants across North Dakota and worked in a variety of industrial and commercial construction sites across the Midwest.  Monte always had strong beliefs in the solidarity and brotherhood of unions. His job eventually took him and several of his union brothers to Wisconsin, where Monte and Shirley made their home for more than 10 years.

Monte loved his time there because he was surrounded by people who shared two of his life passions: Harley Davidson motorcycles and the Green Bay Packers. Monte and Shirley made a new family of his union brothers, their families and new friends.  As happy as Monte was in Wisconsin, the plan was always to retire and move back to North Dakota. Retirement was forced upon Monte at the age of 54 after a motorcycle accident left him unable to continue working. He returned to North Dakota as planned.

The last 20 plus years kept Monte busy. He became Grandpa to Kylie and Tyler Vander Vorste and Owen and Leah Preabt. He became Papa to Marcus and Ethan Lausch and numerous other children from Shirley’s daycare. He spent many days on the Missouri River fishing and taking in the natural beauty. He referred to the area from Sugar Loaf bottoms to Hazelton as “My River.”  He continued to support his union, developed a passion for family genealogy, hunted, enjoyed woodworking projects, created a Packers man cave second to none, but mainly, he spent time with friends and family until his cancer slowed him down.  He put up a good fight.  His presence will be missed, but he will live on in our hearts.

Monte was preceded in death by his parents, Harley and Dorothy Preabt; his brother-in-law, Don Magstadt, and his great niece, Alexis Griffin.

He is survived by his wife of 52 years, Shirley; his daughter, Jenny Vander Vorste (Brian Sharp) and their children Kylie and Tyler Vander Vorste and Olivia and Hannah Sharp; his son, Chad (Maureen) and their children Owen and Leah; and his daughter Heather; his brother, Terry (Bernadine); his sister, Darlyn Kunz (Jerry), and Melissa Hausauer (Kirby) who was like a daughter to him.

Family asks that in lieu of flowers, please give the gift of life by donating blood and platelets in Monte’s name.

To order memorial trees or send flowers to the family in memory of Monte Preabt, please visit our flower store.