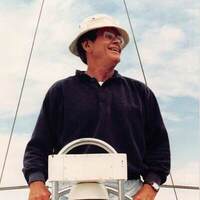 Myron “Mike” Eugene Bothun, 89, Bismarck, beloved father, grandfather, great-grandfather and friend to many, passed away, surrounded by his loving family and his God, on Jan. 5, 2021. Funeral services will be held 11 a.m. Saturday at Good Shepherd Lutheran Church, 106 Osage Ave., Bismarck. Visitation will be held one-hour prior at the church. A service livestream will be available on the church’s Facebook: https://www.facebook.com/goodshepherdbismarck/videos/206748960894996

Mike was born on April 5, 1931, in Crosby, the son of Eugene and Ida Bothun. He attended school in Crosby, and received a Bachelor’s degree from the University of North Dakota, where he was captain of the Fighting Sioux football team. Go Sioux!. After graduating, he joined the Army, and was stationed at Fort Benning in Georgia, where he served as a medic for two years.

He married Carol Christensen from Kenmare, on June 20, 1954. They returned to Grand Forks where they lived until Mike graduated with a JD in law from UND. After two years in Minneapolis, they moved with their children to Bismarck, where he began a long career with the State of North Dakota as an attorney for the Department of Transportation. He retired in 1994.

Throughout his life, Mike held roles with the United Way, the Kiawanis Club and the Church Council at Good Shepherd. He was also active with the Model Airplane Club of Bismarck- Mandan and spent many happy days sailing his boat on Lake Sakakawea.

Mike inspired many by persevering though life’s challenges. He grew wise, was giving and kind. His faith was steadfast, his laugh was infectious. “Bestefar” found great joy in his family, especially with his grandchildren. Mike was a friend of Bill W.

Blessed be the memory of Mike.

To order memorial trees or send flowers to the family in memory of Myron "Mike" E Bothun, please visit our flower store.