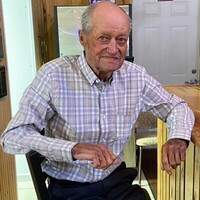 Norman Nelson Dorgan, 81, of Sterling North Dakota, passed away peacefully at home on October 13, 2022.  Funeral services will be held at 10:30 am on Monday, October 17, 2022 at Parkway Funeral Service, 2330 Tyler Parkway. Visitation will be on Sunday from 3:00-5:00 pm, with a prayer service starting at 5:00 pm at the funeral home. Burial will be at the Sterling Union Cemetery.

Norman was born on March 18, 1941, in Regent, North Dakota to Howard and Lillian (Forsberg) Dorgan.  He attended and graduated from Bismarck High School in 1959 and enlisted in the United States Army.  Norman attended basic training in Fort Carson, Colorado and was stationed in Pen Juan John, Korea.  When he returned to the states, he started his career as a life long Electrical Lineman and was proud to be a member of the IBEW local 1426 retiring in 2003.

Norman married Hazel Levi and they had two children Steven and Brenda, but his true pride and joy were his grandchildren, Megan and Bryce. The Dorgan family was also blessed with a special addition, Juva Kadlac, she was like a second daughter.  Over the years Norman also had many pets and loved them dearly, one might say better than people some days.

He was known as the Mayor of Sterling and enjoyed spending time with his countless friends and cherished each and every one of them. Birthday suppers were always Norman’s treat, taking the whole family out to celebrate.

To order memorial trees or send flowers to the family in memory of Norman Dorgan, please visit our flower store.