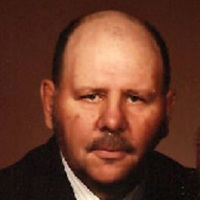 Norman H. Schaper was born February 28, 1929 to William and Emilia (Witt) Schaper in Halliday.  He was raised and educated in Halliday. In 1951, Norman was drafted into the U.S. Army.

After his time in the Army, he returned to Halliday to farm with his father and brother, Art. On June 16, 1967, he married Arlene Wiedrich in Bismarck.

Norman and Arlene farmed north of Beulah until 1990 when they retired and moved to Bismarck. Norman also worked construction around Beulah and the mines.

He enjoyed riding motorcycle and hunting.

Norman is survived by his wife, Arlene; and many nieces and nephews.

He was preceded in death by his parents; and siblings, Ida Grothe, Elanora Zimmerman and Arthur Schaper.

To order memorial trees or send flowers to the family in memory of Norman Schaper, please visit our flower store.