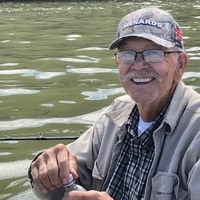 Odin Tollefson, 77, passed away Sunday May 9, 2021 surrounded by his loving family. Mass of Christian burial will be held 2 p.m. Tuesday, May 18 at Church of St. Anne, 1321 Braman Ave., Bismarck. A service livestream will be available on the funeral home’s website.

Visitation will be held from 6 to 7 p.m. Monday at Parkway Funeral Service, 2330 Tyler Pkwy, Bismarck. A vigil will begin at 7 p.m.

Burial will be held 11 a.m. Wednesday at the North Dakota Veterans Cemetery, Mandan.

Odin Paul Tollefson was born July 19, 1943 in Caledonia, Minnesota, to Isaac and Florence Tollefson. He grew up and attended schools in Caledonia and graduated from Loretto High School in 1961.

Odin joined the U.S. Air Force in 1963. While stationed at Minot Air Force Base, he met the love of his life, Lois. They married on May 15, 1965. Odin was honorably discharged from the military in 1967 and he and Lois moved to Bismarck to start their family. Odin was employed at Self Service Furniture and managed Budget Furniture before eventually opening Odin’s Tire and Muffler. Upon retirement, Odin worked at Bismarck Public Schools for 15 years doing maintenance and driving bus.

Odin loved taking many hunting and fishing trips to Arizona and Lake Sakakawea. With the love of the outdoors, he raised German Shorthair Pointers, ostriches and spent countless hours in his garden. Odin also enjoyed his morning coffee crew at Dakota Tackle for many years. Most of all, he loved spending time with his friends and family. Odin fought an 18-year battle with cancer, never complaining and always having a positive attitude.

He was preceded in death by his parents, Isaac and Florence Tollefson; and his sister, Shirley Morey.

To order memorial trees or send flowers to the family in memory of Odin Tollefson, please visit our flower store.