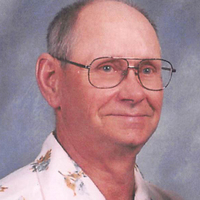 Funeral services will be held 2 p.m. Monday, April 5 at the Capital Christian Center, 3838 Jericho Rd, Bismarck.  Visitation will take place 1 hour prior to service. A service livestream will be available on the funeral home’s website.

Orlan Earl was born May 24, 1936, the youngest of five children to Edward and Therese (Janz) Schenfisch. He was raised on the family farm southwest of Makoti. He attended Mountrail Consolidated School in Mountrail township and Makoti High School where he graduated in 1954. He enlisted in the Army in 1954. He went to basic training at Ft. Leonard Wood, Missouri, and was stationed in Korea as a dozer and scraper operator. He was honorably discharged in 1956. After his discharge from the military, he returned to the family farm and started farming with his older brothers. On May 25th, 1962 he married Sharon Diffely. Orlan built a new house where he and Sharon raised their three children. He loved farming first and foremost, checking the crops every morning, worrying about the weather and visiting with the neighbors. Orlan enjoyed fishing, hunting, camping, bowling and working with his hands. He was proud of the fact he did all of his own farm repairs. Through the GI Bill, he received his Welders Accreditation from Wahpeton's welding school, certification for Refrigeration and Air Conditioning repair, TV repair and attended Hansen's auto repair school in Fargo. He built a color TV from scratch when black and white TV was still the standard and it was one of the first with a cordless remote control. He recessed the TV set into the wall and it was proudly used for more than 20 years in his basement. He operated "Orlan's Refrigeration" for many years while farming at the same time and taking on welding projects. He took every opportunity he could to use his backhoe and dozer, digging many holes and trenches, burying water lines, rocks, tree piles and drainage projects. In 1976 he received an award from the Fort Berthold Soil Conservation District in Mountrail County due to the farming and conservation practices that he was using in his farming techniques. He retired from farming in 2008. He kept busy tinkering in his shop, gardening, yardwork, photography, watching wildlife and just visiting with everyone over a cup (or several) of coffee. In 2017 Orlan and Sharon moved to Bismarck where they lived until his death. He served more than 20 years on the Mountrail Township Board, was a member of St. Paul's Lutheran Church in Makoti, Makoti Threshing Association, American Legion William Hansen Post 230 and Capital Christian Center in Bismarck.

To order memorial trees or send flowers to the family in memory of Orlan Schenfisch, please visit our flower store.