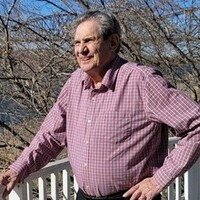 Paul Martin Steckler, 90, Bismarck, formerly Wilton, passed away on Nov. 27, 2020. A private family Mass of Christian Burial will be held on 10:30 a.m. Thursday, Dec. 3 at Church of St. Anne, 1321 Braman Ave, Bismarck. A service livestream of the funeral mass and rosary/vigil service will be available on the funeral home's website, listed below.

A private family rosary/vigil service will be held at 7 p.m. Wednesday.

Burial will be held at Sacred Heart Cemetery, Wilton.

Paul was born July 17, 1930 in Bismarck to Nick and Elizabeth (Hermes) Steckler of Glen Ullin. He was the youngest of nine children. He completed 10 years of education at Sacred Heart School in Glen Ullin, after which he worked on the family farm and as a mechanic at his father’s garage.

It was while he was giving roller skating lessons that he met his sweetheart and future wife, Lorraine Fitterer. Paul and Lorraine were married at St. Joseph’s Catholic Church, 15 miles southeast of Glen Ullin on June 12, 1951. They shared 69 years together.

They made their home in Glen Ullin until moving to Hazelton in 1958, where Paul was employed as a mechanic at the Farmers Union Oil Co., he later became Manager. In 1971 the family moved to Wilton where Paul started and managed the LP Gas and Heating/Air Cond. Departments for the Farmers Union Oil Co. Paul retired in 1995. Paul and Lorraine moved to Edgewood Vista in Bismarck in 2015.

Paul was a servant leader in both communities, very active in the Lions Club, Wilton Zoning Commission, Wilton Community Progress, Wilton Economic Development, Volunteer Fire Depts. and Bowling Leagues. He loved singing and dancing, participating in the local talent shows. Paul and Lorraine loved to dance and excelled at the Waltz and Polka.

A special thank you to Sanford Hospital, Edgewood Village for their professional care and friendship.

To order memorial trees or send flowers to the family in memory of Paul Steckler, please visit our flower store.