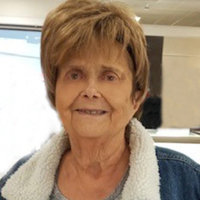 Paulette Kay Mittleider, 72, Tappen, went to be with her heavenly father and was reunited with her husband of 51 years on April 13, 2021 with her loving family by her side.

Funeral services to celebrate both of Paulette and Marvin will be held 1 p.m. Sunday, April 18 at the Tappen Community Hall, Tappen.

Visitation will be held from 5 to 6 p.m. Saturday at Parkway Funeral Service, Bismarck. A prayer service will begin at 6 p.m.

Paulette was born in Bismarck on November 23, 1948, to Paul and Ruby Ritchie. She attended school in Steele and after graduation she furthered her education at BSC in Bismarck, graduating with a degree in the secretarial field.

On June 21, 1969, Paulette married Marvin Mittleider in the Trinity Lutheran Church in Steele. A short time after their marriage they moved to the Mittleider family farm south of Tappen. In 1970, their first son, Scott, was born and in 1971, Bradley, their second son arrived. Besides being a mother of two young boys, she helped outside where they raised crops and hay, milked cows and for the last 20+ years raised garden produce and sold it at the Bismarck Farmer's Market. Besides all of this, Paulette worked to get her CNA license and worked at the Golden Manor in Steele for a short time and then was employed by the ND State Hospital in Jamestown for 15 years. Paulette resided at the family farm until her death.

Paulette loved playing cards and visiting with family and friends. Her grandchildren were her pride and joy as she was helping raise them. They bragged about her cooking and said it was amazing.

Paulette was preceded in death by her husband, Marvin; father, Paul; and brother, David.

To order memorial trees or send flowers to the family in memory of Paulette Mittleider, please visit our flower store.