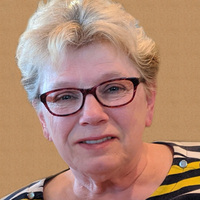 Paulette was born December 27, 1951 in Minot to Paul and Glendora (Heer) Kraft. She was raised in Minot until her father's passing in 1964. Her family relocated to Drake ND when her mother married John Ewert. John (Johnny) finished raising Paulette and her 3 siblings. Johnny always considered them his own. Paulette continued her education in Drake, graduating in 1970. Paulette was still active and kept in touch with her Drake alumni. Most recently celebrating her 50th reunion this past summer. She often said these were the best of times.

After graduating, she moved to Minot and attended business college. She held various jobs in her early years of house cleaning, caretaking and many years of cocktail waitressing at the Riverside Minot. Here is where she met Miles Torgerson, and later married in 1984. She would gain two wonderful stepsons, Eric and Chad. Soon after, Paulette would be blessed with her best friend, one and only son, Jordan.

They later moved to Wahpeton where Paulette and Jordan resided for 13 years. She worked for Primewood Inc and briefly at Imation. Paulette moved to Surrey in 1999. She worked several jobs which included Cal-Dak, Scheer Cabinets, Dakota Drug, and most recently, Walmart. She retired from Walmart in Nov. 2020 after 15 years of service. So many work friends made along the way. She enjoyed you all. If you knew Paulette, she loved to have fun and be a bit silly. This would often result in Paulette being easily spooked and letting out a scream.

In 2010 Paulette relocated to Bismarck to be near her son. During this time, she would gain the daughter she never had, Stephanie. She loved Stephanie as her own and they both shared a special bond. She was later blessed with her pride and joys, also known as Grandma's boys, Tucker and Owen. She cherished that most of all, being a Grandma. She loved those boys more than life itself.

Paulette enjoyed playing softball in her younger years, camping, taking trips with the girls, getting together with her sisters, dancing and singing to the oldies, laughing and occasionally tossing a few back. You could say she was often the life of the party. She was also a long time member of American Legion Women's Auxiliary of 42 years.

The love she had for her family was something we will never forget. She was a kind, loving, caring and funny aunt, sister, friend, mom and  grandma. Paulette will hold a special place in all our hearts.

Paulette battled several health conditions in recent years. Her family would like to thank the staff at Sanford Health and Thrifty White Pharmacy for the care they provided. She spoke highly of her care team.

-We weren’t ready for you to go but know you will always be with us. You did a great job and were the best mom I could ask for. Thank you for being in our lives. We Love you mom Love, Jord

She was preceded in death by her mother and stepfather, Glendora and John Ewert; father, Paul Kraft; and infant brother, Timothy Kraft.

To order memorial trees or send flowers to the family in memory of Paulette Torgerson, please visit our flower store.