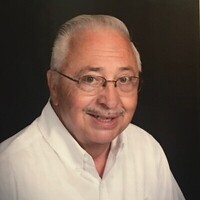 Peter J. Baumgartner, 79, Bismarck, went to heaven to be with the Lord on September 23, 2022, while surrounded by his loving family.

Burial will take place at 11:00 a.m. on Monday, October 3 at the Mandan Veterans Cemetery, Mandan.

Peter was born December 30, 1942, to John and Margaret (Imberi) in Hague, ND. He grew up on the family farm outside of Hague and graduated from Hauge High. Shortly after graduation Pete was activated into the Army National Guard and later moved to Bismarck. While working in Bismarck, Pete met the love of his life, DeLylia (Nygard) Baumgartner. They married September 2, 1967, at St. Mary’s Catholic Church in Bismarck and with this union had 2 children and 1 stepson.

He started working at Arrowhead Hardware where he met his lifelong friend and future business partner, Rodger Buchholz. After Rodger opened Rodger’s Maytag Home Appliance Center in 1965, Pete decided he was going to follow him and a few years later became his partner. Rodger retired in 1985 where Pete took over the business and acquired his next wonderful business partner and dear friend, Pat Krebsbach.

Pete retired in 2005 but his life’s work didn’t stop there. His real passion was sharing the love of our Lord. He was a very faithful parishioner of Ascension and helped with many masses and funerals. He loved spending time with family and friends. Over the years Pete could be seen at daily mass; walking and visiting friends down at Kirkwood mall or having coffee on main street with his buddies. Pete was a lifelong car enthusiast, which led to him owning and fixing-up many different vehicles over the years. He was involved in many community programs such as crime stoppers; helping with voting at the Civic Center; fraternal organizations; and one of his proudest moments when he was the “Exalted Ruler” of the Elks Club 1199.

In lieu of flowers, the family is requesting memorials be made to a charitable organization of their choice.

Pete took his father, John’s, quote to heart “There are no strangers in life…. only friends you haven’t met yet!”

To order memorial trees or send flowers to the family in memory of Peter J. Baumgartner, please visit our flower store.