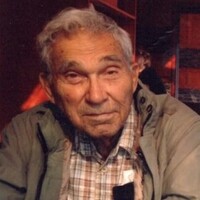 Peter Korwin, 87, Bismarck, passed away on Dec. 22, 2020. A private service with military honors will be held at the North Dakota Veterans Cemetery, Mandan.

Peter was born on Nov. 23, 1933 to Helen and Dr. Justin J. Korwin in Chicago, Ill. He was raised and educated in Williston. On June 11, 1953, Peter married Joyce Heller in Sidney, Mont. The two lived in many different cities throughout the years.

His hobbies included flying his planes, drinking coffee at the airport with his buddies, cooking and traveling. He was a lifelong learner, always exploring and looking for a new adventure.

Peter served his country in the U.S. Air Force, National Guard and finished his 27-year military career with the U.S. Army Reserve.

He was preceded in death by his parents; brother, David; and nephew, Michael.

To order memorial trees or send flowers to the family in memory of Peter Korwin, please visit our flower store.