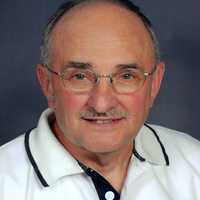 Pius Fischer, 80, Bismarck, passed away on Dec. 26, 2020 at Edgewood, Bismarck. Mass of Christian burial will be held 10 a.m. Thursday, Dec. 31 at Church of the Ascension, 1825 S 3rd St, Bismarck. A service livestream will be available on the funeral home’s website, listed below.

Burial will be held 12 p.m. Thursday at the North Dakota Veterans Cemetery, Mandan.

Pius was born on Dec. 4, 1940 near Strasburg. He joined the ND Army National Guard in 1963 and continued serving for 37 years. Pius worked for the State Highway Department for 38 years.

In 1965, Pius moved to Bismarck. He belonged to several fraternal organizations, including the Knights of Columbus, American Legion and the Eagle’s Club. He was most proud of his 52-year involvement with the Bismarck Moose Lodge.

He was a caring grandfather and enjoyed spending time with his grandchildren. In retirement, he and a special friend, Caroline, enjoyed camping and traveling in his motorhome.

He was preceded in death by his parents, Wendelin and Ottilia Fischer; sister-in-law, Helen Fischer; and brother-in-law, Matt Mathern.

In lieu of flowers, the family prefers donations to the Parkinson’s Association.

To order memorial trees or send flowers to the family in memory of Pius Fischer, please visit our flower store.