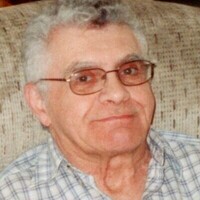 Ralph Wetzstein, 82, passed away on Wednesday, July 20, 2022, in Bismarck. A funeral service will be held 10:30 a.m. Monday at Good Shepherd Lutheran Church, 106 Osage Ave., Bismarck. A livestream will be available on the church's Facebook page: https://www.facebook.com/goodshepherdbismarck/

Visitation will be held from 4 to 6 p.m. Sunday at Eastgate Funeral Service, 2302 E Divide Ave., Bismarck. A prayer service and a time for sharing of memories will be held at 6 p.m.

Ralph was born on May 21, 1940, to Christ and Elizabeth (Barth) Wetzstein on May 21, 1940. He was the youngest of 16 children. He grew up on the family farm near St. Anthony. Ralph graduated from Mandan High School in 1958 and then enlisted in the U.S. Air Force. During his time, he was stationed in Texas, Maine, the country of Turkey, and Grand Forks. He was honorably discharged in 1962. After his military service, he worked for Trinity Builders and various other jobs.

Ralph attended and graduated from Capital Commercial business college in 1970.

In 1971 he began his career with the US Fish and Wildlife Service and the US Department of Agriculture. He retired in 1995 due to his health.

Ralph married Rita Pool on May 29, 1971, in Bismarck. They have one daughter, Rachelle Wetzstein.

He was a member of Good Shepherd Lutheran Church and a life member of AMVETS in Bismarck. In his earlier years, Ralph enjoyed fishing, camping, vacationing, and spending time with family and friends.

To order memorial trees or send flowers to the family in memory of Ralph Wetzstein, please visit our flower store.