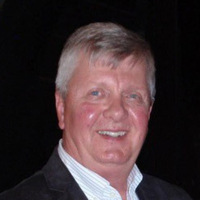 A celebration of life will be held on Thursday, October 28, 2021 at 9:30 am at Legacy United Methodist Church, 4600 Durango Dr.  The service will be live streamed on the church website https://legacyumc.org/

Full Military Honors will be held at noon at the North Dakota Veterans Cemetery, Mandan.

Randy Lee Reimer, 68, passed away on October 25, 2021 in the home he shared with his wife, Debra L. Reimer, in Bismarck, North Dakota.  Randy was born in Lisbon, North Dakota on March 24, 1953 to Robert D. Reimer and LaRayne (Jaster) Reimer. He was the third son of four boys born to the couple. He was raised in Carrington, North Dakota, where he spent his childhood years in Boy Scouts, playing basketball, and performing with the school choir.  In choir, Randy discovered he had a natural singing voice and loved performing for others.  In his sophomore year of high school, Randy took his love for singing to the next level when he and his friends formed the band, The Lost Cause.  For two years members of The Lost Cause played small venues near Carrington, the Minot Air Force Base, and Dickinson. When he was not singing with The Lost Cause, Randy performed at weddings and funerals.

Eventually Randy and the band went their separate ways after he graduated from Carrington High School in 1971.  After high school, Randy attended North Dakota State College of Science for a short time, but returned to Carrington to work for the local creamery for the next two years. In 1973, Randy moved to Fargo to work for Western Products, where he drove semi-trucks loaded with steel siding and roofing. During his time at Western Products, Randy realized he enjoyed driving big rig semi-trucks.

In the summer of 1975, Randy met the love of his life, Debra Bakken.  Randy and Deb fell in love and married in August 1978.  During the first few years of their married life, Randy and Deb made their home in Carrington, North Dakota.  Randy drove semi-truck for Charles Daniels to earn a living and provide for his family. He traveled across the U.S. delivering a range of cargo like cattle, pigs, bees, and grain. In late 1979, Randy and Deb welcomed their first-born daughter, Jennifer. And in 1981, their second daughter, Amy, was born.

At the age of 30 years old, Randy made a life-long career change –from semi-truck driver to career soldier– when he enlisted in the U.S. Army. He attended Basic Training and Advanced Individual Training at Fort Sill, OK. He also became an Airborne Trooper after completing rigorous training at Fort Benning, GA. Randy’s first tour of duty was in Baumholder, Germany. He and his family lived in Germany until he completed his three-year tour of duty. They returned to the U.S. in late 1986. Randy returned to trucking for a short period before joining the North Dakota Army National Guard (NDARNG).  He became a full-time recruiter for the NDARNG.

In early 1988, Randy and Deb welcomed twin sons, Jared and Chad. With the birth of the twins, Randy and Deb’s family was complete. Randy’s career in the NDARNG took the family from town to town in North Dakota. From 1988 through 2011, the family lived in Riverdale, Dickinson, and Washburn, North Dakota. Randy and Deb moved from Washburn to Bismarck in 2011. After 23 years of service to his nation, Randy retired from the NDARNG in 2007 at the rank of Master Sergeant. Following his retirement from the NDARNG, Randy worked for the state of North Dakota as a public assistance officer for the North Dakota Department of Emergency Services until he retired in June 2021.

In addition to his love of singing, truck driving (or any kind of driving, if it was a vehicle, he enjoyed being in the driver’s seat), and soldiering, Randy loved to haul his deck boat and camper to Sakakawea State Park to camp and boat with his friends and family. Randy was a master campfire builder and maintainer.  He enjoyed golfing and vacations to Isla Mujeres, Mexico.

To order memorial trees or send flowers to the family in memory of Randy L. Reimer, please visit our flower store.