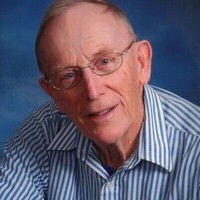 Raymond was born June 16, 1934, to Joseph Valentine and Elizabeth (Martin) Schafer in Glen Ullin. He was raised in Bismarck and received his education through St. Mary’s Grade School and High School. He attended Bismarck Junior College and graduated with a Bachelor of Arts degree.

Like many teens do, Ray started working as a grocery boy. He joined the National Guard in November 1952 and remained a Guard employee until his retirement in July 1994. His career allowed him the privilege of traveling and receiving training in many states. For about 12 years beginning in 1955, Ray was on active duty during the Berlin Crisis and active duty for training and was stationed at the NCO Academy in Ft. Leonard Wood, Missouri. Ray received aircraft mechanics, flight operations, and flight simulator training at Gary Air Force Base in San Marcus, Texas, Ft. Eustis, Virginia, and Ft. Lewis, Washington, as a mechanic and had a helicopter pilot training in Ft. Rucker, Alabama. Ray became a warrant officer in 1979 after his pilot training.

In Bismarck, Ray was a free-lance charter pilot for Capital Aviation, OK Aviation, and Executive Air. From 1964 through 2005, Ray served as the Civil Service aircraft mechanic and supervisor for the ND Army National Guard at the Bismarck Airport. He was a recipient of a variety of merit awards for top performance and was academically the outstanding aircraft mechanics student during his many training courses.

He was preceded in death by his parents; brothers, Richard and Steve; and one brother-in-law, Armin Ding.

To order memorial trees or send flowers to the family in memory of Raymond Schafer, please visit our flower store.