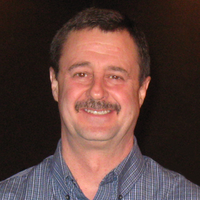 On Tuesday, March 16, 2021, Richard Lynn Crawford passed away peacefully at HonorHealth Medical Center in Scottsdale, Arizona, surrounded by his family after a two-week battle with Acute Myeloid Leukemia. He was 67 years old.

A celebration of his life will be held 11 a.m. Friday, April 30 at Parkway Funeral Service, 2330 Tyler Parkway, Bismarck. A lunch and fellowship will follow the service at the Bismarck Moose Lodge #302, 213 North 20th Street. There will be no visitation. Cremation has taken place.

Richard “Crow” was born May 18, 1953, the youngest of five children born to Julian and Ellen (Kerzmann) Crawford. He was raised on a farm near Emmet, ND, and attended grade school at White Shield. The family moved to Garrison in 1967 where he graduated from high school in 1971. He joined the Ironworkers and worked at several power plants in the area. He married Karen Geier on August 19, 1977 and together raised one son, Ben. He enrolled at Wahpeton State School of Science and earned a degree in Architectural Drafting and Estimating. His first job after graduation was with Al Kosir, AIA. He later worked for Tvenge Associates, and then completed his career with Northwest Contracting. In 2013, he and Karen became snowbirds when they purchased a home in Fountain Hills, AZ. He retired in May 2018.

Richard had that rare charisma and connection with people that allowed him to establish deep lasting friendships with people from all walks of life. The last 20 years of his career was spent at Northwest Contracting where his co-workers, owners and contractors became his second family. Each and every project included countless hours of time and energy and his belief that no project was complete until done right was a true testament of his work ethic.

Richard's influence can be seen in several buildings in the Bismarck area including the Gold Seal Building, the Bismarck Civic Center and Cedric Theel Toyota. He was particularly proud of his final project, Bismarck Ale Works prior to his retirement.

These same traits carried over to his personal life at their winter home in Arizona, where he made many new friends in the Thunder Ridge community and was always willing to help a neighbor with a project or advice. He was also proud of the fact that he and Karen lived in the same Bismarck home for 42 years. He loved maintaining and remodeling it, and would often say with a smile, "Anyone can build a new house, but it takes a real man to remodel."

Richard had numerous interests, all of which he pursued with his characteristic passion and attention to details. His hobbies included golfing, cooking, gardening, hiking and he spent many hours playing 'Words With Friends'.  He never forgot his rural roots and growing up on a farm just minutes from Lake Sakakawea instilled in him a lifelong love of nature, fishing, camping and water skiing. He was the first to build a campfire and loved the conversations and stories that followed with family and friends.
But his favorite pastime was playing and collecting guitars and he rarely missed a day without playing since his retirement. He loved anything "old country" including George Jones, Merle Haggard and Willie Nelson. His favorite song writer was John Prine and was blessed to see him perform twice at Red Rocks, CO. He spent endless hours in his garden working on his drip system and growing different varieties of tomatoes. He enjoyed spending time with his family including Sadie, their cairn terrier and with lifelong friends. He was never without a tape measure and was always willing to help others no matter what size of project.

Richard is survived by his wife of 43 years, Karen; his son, Ben (Heather); one grandchild, Kyleigh; two brothers, Tom (Mavis) their children, Michelle, Kelly and Andy (Lisa), and Jim (Susan) and their daughter, Sarah (Matthew); Karen's brother, Tim Geier; sister, Janny; his cousins; nieces and nephews and many lifelong friends; and finally, by 12-year-old Sadie, who still sits at the front door waiting for their daily walk.

Richard was preceded in death by his parents, Julian and Ellen; and two sisters, Colleen and Peggy.

To order memorial trees or send flowers to the family in memory of Richard Crawford, please visit our flower store.