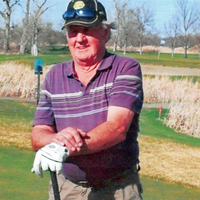 Richard was born on June 26, 1942, to Theodore and Mary (Marquette) DeWall. He grew up and was educated in Steele, eventually moving to Bismarck where he attended Bismarck High School. He entered the U.S. Army and served his country until his honorable discharge in 1964. After his time in the military, he returned to Bismarck and worked on a farm in Flasher.

In 1969 he met Deborah Sterna and together they had five children. They moved to Montana in 1971 where Richard raised pigs. After returning to North Dakota, Richard worked at the truck stop in Sterling. He also was employed as a mechanic with Tony Gratz at Tony’s Repair in Bismarck. For the last 15 years, he worked in the maintenance department for Apple Creek Golf Course.

Richard enjoyed playing horseshoes, darts, golfing and hunting. He was a hall of fame member of the Bismarck/Mandan Horseshoe Pitchers Association.

He was preceded in death by his parents; brother, Theordore DeWall, Jr.; niece, Camey Laib; and several other relatives.

To order memorial trees or send flowers to the family in memory of Richard DeWall, please visit our flower store.