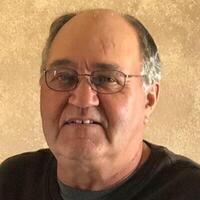 Richard Geiger, 79, Center, passed away the morning of May 22, 2022, with his daughters by his side at Sanford Health, Bismarck.

Visitation with light lunch will take place from 10 to 12:30PM with a memorial service starting at 12:30PM, Thursday, May 26 at Parkway Funeral Service, 2330 Tyler Parkway, Bismarck.

Interment will be held at the North Dakota Veterans Cemetery, Mandan.

Richard was born on November 20, 1942, to Matt and Barbara (Heinrich) Geiger at the Mandan Hospital. He grew up in rural Center and attended country grade school, then attended Center High School graduating in 1960.  He joined the Army and during his time in service he spent 1 1/2 years stationed in Germany. After his time in the Army, he attended college at ND State School of Science in Wahpeton to become a Diesel Mechanic. He worked at Cummins Diesel and Northern Improvement in Fargo, moving to Bismarck in 1984 where he continued his employment for Northern Improvement and retired from Trucks of Bismarck.

Richard married Joan Lebakken in 1969 at North Buffalo Lutheran Church in Moorhead, MN.  They settled in Fargo until 1984 when they moved to Bismarck.

He was a meticulous gardener and very specific on how the garden was planted. He took great pride in taking care of it and looked forward the harvest and canning process in the fall. The summer months is what he looked the most forward to, moving his camper to Riverdale and spending as much time as possible on the water fishing, always looking for that large Walleye.  In the winter months he looked forward to his time playing pinochle with friends.  He loved having his family gather at his place, helping with projects, hunting birds, teaching his grandkids how to clean the wildlife they harvested. He was an amazing cook, and it was common for him to share a story about a “new” recipe he found and tried. Richard was a member of the Eagles and VFW.

He was preceded in death by his parents, Matt and Barbara Geiger; son, Matthew Geiger; sister-in-law, Donna Geiger.

Richard’s departure from this earth will leave a void for so many, he was loyal and loving in so many ways. Sometimes tough on the outside – but full of gentleness and love. We rejoice in knowing that he is now fishing in Heaven, with his son Matthew.

To order memorial trees or send flowers to the family in memory of Richard Geiger, please visit our flower store.