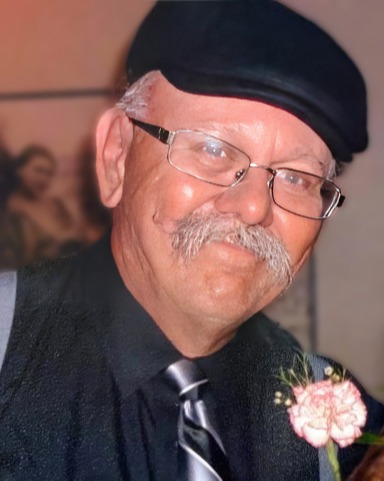 Rick (Ricky) Allan Holweger of Steele, ND, unexpectedly passed Saturday, January 7, 2023, on a cold and sunny day. It was the day of his 39th wedding anniversary. His wife Lori and oldest daughter Sarah were with him.

Rick was born to Evelyn Avron Schroeder Dec. 17, 1958. He grew up in the Grand Forks area and was later adopted by his dad Gottlieb Holweger. He held the relationships he built with his cousins, Marci and Steve, while growing up very close to his heart. They helped mold him as siblings would have.

He worked behind the wheel most his life. He retired from Taxi 9000 where he made many great friends in 2020. At that point he switched his wheel to handlebars and continued down the roads on his motorcycle. Nothing was more important to Rick than his family. He did all he could throughout the years to support, protect, make his family laugh and teach lessons with his never-ending stories. He always had a listening ear and knew how to make a person feel proud and good about themselves.

All living things were sacred to Rick. He loved his dogs and gardens greatly. He spent his life enjoying hunting, fishing, drinking beer, reading history books, and riding his motorcycle (but not all at the same time.) He enjoyed watching the Vikings with his wife, except for when they let him down. He shared his love of hunting with his daughter, Sarah, and taught her all that he knew. He spoiled his mentally disabled son, Cole, to give him the best life he could. Let's not forget (at least this time) his middle daughter, Jenna, who he felt was left out so he took her on daddy/daughter dates and randomly showed up to check her oil or mow her lawn. Always doing for his kids even as they became adults. Rick loved spending time with his best friends, Garth Heupel and Lynn Toews, as well as his Mom, and missed them all dearly after they all passed. Rick (Papa) always wanted grand kids and absolutely cherished the time he had with his grandsons, Logan and Jake (Jacob) Friez. He was so proud of them and loved them dearly.

To order memorial trees or send flowers to the family in memory of Rick Holweger, please visit our flower store.

Visitation will begin one hour prior to the service.