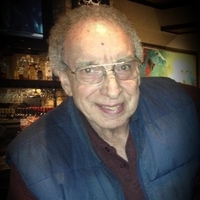 Robert "Bob" J. Berger, 86, Bismarck, rose to meet the heavenly angels on April 3, 2021 after a brief battle with cancer.  A Mass of Christian Burial will be held at 11:00 a.m. Friday, April 9, at Cathedral of the Holy Spirit, 519 Raymond St, Bismarck. A service livestream will be available here: https://venue.streamspot.com/event/MjYwOTAxMA==

Bob was born December 7, 1934 in Bismarck to Marcus and Mary Berger. He grew up and attended school in Bismarck, graduating from St. Mary’s High School.  He went on to college to become a draftsman then worked for the Corp of Engineers in Riverdale, building the Garrison Dam. Bob later found the career that he loved the most which was working for Northwestern Mutual Life Insurance until he retired this past December. He loved visiting the families and became close friends with most of his clients.

He met the love of his life, Marilyn Woychik, and they married in 1962. Together they had one son, Marc, who was not only his pride and joy of his life, but his best friend! He loved all the fur babies they had over the years, there was never a time they didn’t have one in their family. He was a beloved husband, father, grandfather, and great-grandfather.

He was preceded in death by his wife, Marilyn; his parents Marcus and Mary Berger; and his brother, Jim Berger.

To order memorial trees or send flowers to the family in memory of Robert "Bob" Berger, please visit our flower store.