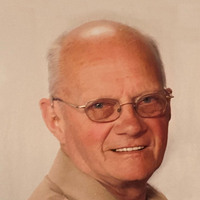 Robert “Bob” Irwin, 85, Bismarck, passed away peacefully on March 30, 2022 at his home surrounded by his loving family. Funeral services will be held at 10:30 a.m. Tuesday, April 5 at Parkway Funeral Service, 2330 Tyler Pkwy, Bismarck.

Visitation will be held from 5 to 6:30 p.m. Monday with a prayer service starting at 6:30 p.m. at Parkway Funeral Service, Bismarck.

Bob was born in rural Ward County on February 8, 1937. He was raised the youngest of 12 children by his adoring parents, Carl and Ida (Seney) Irwin. He went to school in Sawyer until eighth grade when he began working full-time on the family farm. Bob fell in love with his beautiful wife, Christine “Chris” Walhood, and was a doting husband for more than 60 years. Together they raised six adventurous and loyal children. They made their home in Bismarck. Bob worked for Bergstrom Supply and Schneider‘s Gas Station in the early 1960’s. He began working at H.A. Thompson & Sons as a plumber in 1966. He continued to work at Schneider’s Gas Station while he fulfilled his apprenticeship as a journeyman pipefitter. Bob worked for Local 300 until he retired on October 1, 1999.

Bob’s hobbies included spending time with his wife and family.  His love for music was evident as there was always a radio on wherever he was. He liked working with his hands and creating metal sculptures. Bob was known for his homemade fries and ice cream. He was also known to have quite the sweet tooth. It was not uncommon for him to enjoy dessert rather than an entrée when dining out with his family and he always had candy in his pocket.  He enjoyed drinking beer and visiting his buddies at The Sandbar, The Amvets, and The Main. His “cup of coffee” was oddly always found in a 12oz can with an Old Milwaukee label. Bob loved anything that involved the outdoors including grilling, fishing, entertaining family, yard work, and snowmobiling.

He took great pride in everyone he loved and everything he did. Bob was one of a kind. He was the sweetest, kindest man. He could fix anything and loved being present with his family. Our husband, dad, grandpa, great-grandpa, and great-great-grandpa will be deeply missed. Our hearts feel some peace knowing he is with his devoted parents, listening to music, and free from pain.

He was preceded in death by his parents; oldest son, Von Folden Jr.; and all his siblings, including his soul sister, Edith Messner.

To order memorial trees or send flowers to the family in memory of Robert "Bob" Irwin, please visit our flower store.