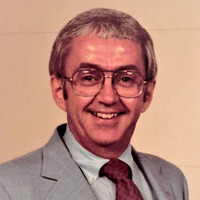 Robert John Kallberg was born in Carrington on July 24, 1940 to Wesley and Marie Kallberg.

He graduated from Carrington High School and entered the Army. Spending the majority of his time in Germany where he found is lifelong band of brothers.

After returning, he enrolled at UND where he graduated with a degree in political science and journalism. Both were a lifelong passion. He worked for KXJB in Fargo and eventually at other news outlets and doing freelance writing as well. Many of his articles have been published. Photography was also a passion with him. You rarely saw him without his camera in tow always documenting though his lens.

He married Mary Ann Straley and from that union, his only son, Ryan Alexander was born. He and Mary Ann later divorced. His son Ryan was his pride and joy and Robert reveled in his many accomplishments, including his marriage to Kim and the birth of his grandson, Declan. Declan has won the California Playwriter contest twice. His grandpa was so proud of his works.

During his time as North Dakota Governor’s Al Olson Press Secretary, Robert met Joan Wigen. They became a couple and later married making for a great love story. In the later years of their marriage, Joan was diagnosed with cancer. Bob became her advocate, protector, confidant and cheerleader during the 12 years of her battle. He wrote a book, "Where the Popsicles Are" chronicling their journey. During his lifetime, he made many friends along the way, and he never lost touch with them -- reaching out at random times with a story, quip or his famous humor.

He was preceded in death by his wife, Joan; parents, Wes and Marie Kallberg; parents-in-law, Bud and Phyliss Wigen; sisters, Judy Kelly and Joan Straley; and brother-in-law, Jack Chase.

In lieu of flowers, memorials may be made to the family.

To order memorial trees or send flowers to the family in memory of Robert J. Kallberg, please visit our flower store.