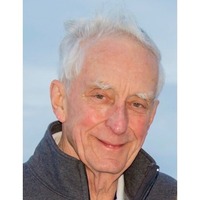 Robert Harlan Russell, known to most as Harlan, passed away peacefully on June 6, 2021 in Bismarck. Mass of Christian burial will be held 1 p.m. Wednesday, June 16 at Cathedral of the Holy Spirit, 519 Raymond St, Bismarck. To view Harlan's service when it is live, click here: https://venue.streamspot.com/event/MjcwMDUxMQ==

Visitation will be held from 6 to 7 p.m. Tuesday at Eastgate Funeral Service, 2302 E Divide Ave., Bismarck. A rosary will begin at 7 p.m.

Harlan was born to Robert and Norma (Collins) Russell on July 19, 1938 in Minot. Harlan married his high school sweetheart, Yvonne Mousseau, on February 4, 1961. They started their life together in Minot. After the birth of their three children, they moved to California.

Ever the businessman, Harlan managed a funeral home in Santa Maria, handled finances as a stockbroker in Beverly Hills and then settled into the clothing business in San Francisco. At this point, Harlan, his wife, Yvonne, and their three children moved to Santa Rosa, CA.

Harlan was larger than life and loved being with his family and friends. Many summer weekends were spent camping and boating. Harlan enjoyed his time on the water - diving for abalone, setting traps for crab and deep sea diving the Channel Islands. On winter weekends he could be found skiing the mountain slopes of Tahoe. Harlan was an avid hunter; his family enjoyed many meals of venison and duck. His children and grandchildren will always remember his love of making chocolate banana ice cream, teaching them how to fish at Lake Metigoshe and letting them each “drive” the pontoon boat.

A true Irishman, Harlan had the gift of gab and made friends wherever he went. He always had time to stop and talk with everyone. He easily filled the room with his enthusiastic and entertaining personality. He knew the importance of laughter and having a good time.

Harlan also worked incredibly long hours building his business. Commuting from Santa Rosa to San Francisco and working six days a week for years. He was known for his very generous spirit, mentoring young adults and helping them in their own business ventures. Harlan's days always started with a good cup of coffee as he whipped through the San Francisco Chronicle’s daily crossword puzzle and Word Jumble.

After retiring from the clothing business in California, Harlan and Yvonne returned to North Dakota, moving to Bismarck. They enjoyed their lake cabin at Lake Metigoshe for many years as well as time spent with family and grandchildren in Bismarck.

Faith was a cornerstone of Harlan’s life and he could be spotted daily attending morning mass at St. Eugene’s in Santa Rosa and then at Cathedral of the Holy Spirit in Bismarck before moving to Memory Care at Touchmark.

He was preceded in death by his parents and his daughter, Sara Jane.

In lieu of flowers, please donate to the Alzheimer's Association in Harlan’s name or a charity of your choice.

To order memorial trees or send flowers to the family in memory of Robert Harlan Russell, please visit our flower store.